Jan 04, 2019
LEE Chang-dong’s Latest Receives Unanimous Acclaim at the End of the Year 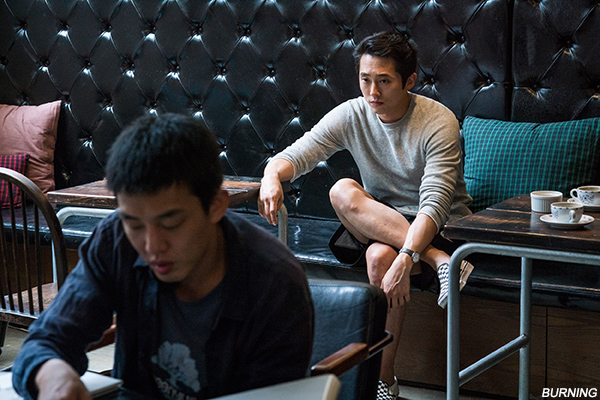 LEE Chang-dong’s BURNING continues to receive acclaim and awards as it burns a trail on the end-of-year round-up and awards circuit in North America. As 2018 came to an end, the film was featured in review aggregator website Metacritic’s end-of-year round-up of Top 10 lists from noted film critics. Director LEE’s latest occupied the fourth rank on the list, among all films released in North America throughout the year.
Following its debut in competition at the Cannes Film Festival in spring, BURNING, which was adapted from the MURAKAMI Haruki short story ‘Barn Burning’ and stars YOO Ah-in, Steven YEUN and newcomer JUN Jong-seo, was invited to numerous film festivals and has earned several prizes around the world. Last month, it became the first ever Korean film to be shortlisted for the Best Foreign Language Film category at the Academy Awards.
BURNING, which holds a 90% score on the Metacritic website, scored 133 points on its Top 10 roundup list, after taking the first place spot on 12 year-end lists, the second rank on a further nine, and being featured in another 59 lists. The film trailed only Alfonso CUARON’s Roma, Paul SCHRADER’s First Reformed and Yorgos LANTHIMOS’ The Favourite. The publications that featured the film in their Top 10s included Cahiers du Cinema, Entertainment Weekly, The Hollywood Reporter and the Los Angeles Times.
Any copying, republication or redistribution of KOFIC's content is prohibited without prior consent of KOFIC.
Related People Related Films Related News