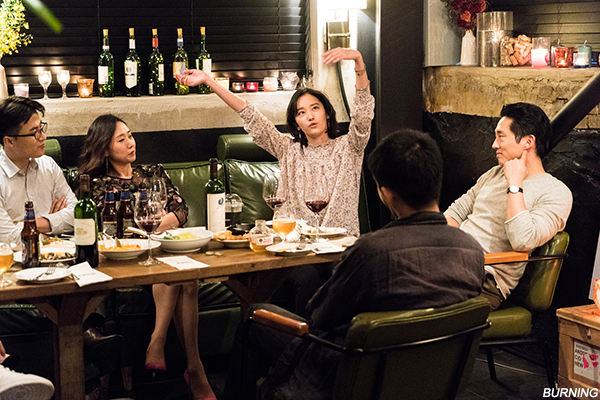 The Palm Springs International Film Festival (PSIFF) has invited LEE Chang-dong’s critically acclaimed new film BURNING to its 2019 edition, which will take place from January 3 to January 14 in California, USA.
Following its debut in competition at the Cannes Film Festival in May, where it earned the FIPRESCI Award and the Vulcan Award for the Technical Artist, BURNING has blazed a trail on both the festival circuit and the end-of-year awards trail in North America. The film’s many festival invites include the BFI London, New York, Vancouver and Busan Film Festivals, as well the Sitges International Fantastic Film Festival, while the film has also earned both the Best Foreign Language Film Prize and Best Supporting Actor Award (for Steven YEUN) from the Toronto and Los Angeles Film Critics Association Awards.
Palm Springs IFF, one of the earliest film events on the annual calendar, has featured several Korean films in its programs over the years, most recently JANG Hun’s A Taxi Driver (2017) during its 2018 edition.
Earlier this month, LEE’s work set a historic first as it became the first Korean film to ever make it onto the shortlist for the Foreign Language Film Award category of the Academy Awards. The final five contenders will be known on January 22.
Any copying, republication or redistribution of KOFIC's content is prohibited without prior consent of KOFIC.
Related People Related Films Related News