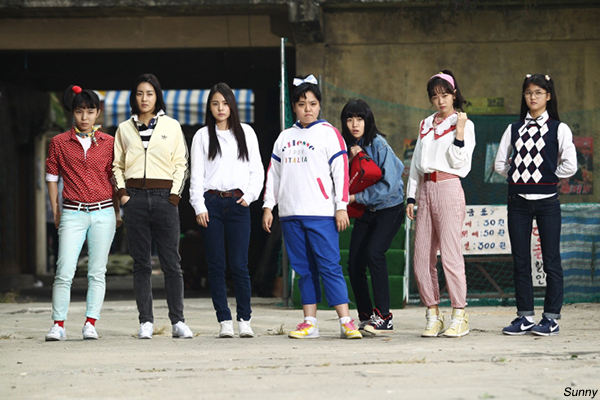 Hollywood actor Kevin HART (Jumanji: Welcome to the Jungle) has signed on to produce the American remake of KANG Hyoung-chul’s hit period youth drama Sunny (2011), which will be known as Bye Bye Bye.
The actor’s company HartBeat Productions, along with CJ Entertainment, the Korean major that was responsible for the original, have sent a pitch to Universal Pictures. The project also features Amy ANIOBI, known for HBO’s show Insecure, who will write the script.
HART will produce alongside John CHENG for HartBeat Productions while CJ Entertainment’s Francis CHUNG, the vice president of global co-productions and head of U.S. production, will produce for CJ Entertainment. On board as an executive producer is Jerry KO, the head of international division at CJ Entertainment.
Originally released in the spring of 2011, Sunny proved to be a major sleeper hit at the Korean box office. Featuring SHIM Eun-kyoung in her breakout role, the film follows a group of middle-aged high school friends who are brought together by an illness and then reminisce about their school days in the 1980s. The film ultimately welcomed well over seven million admissions, giving director KANG his second massive hit on the trot, following 2008’s Scandal Makers.
Meanwhile, Director KANG is about to return to theaters with his fourth film, the tap dance-themed Korean War musical drama Swing Kids, which will be released by Next Entertainment World on December 19.
Any copying, republication or redistribution of KOFIC's content is prohibited without prior consent of KOFIC.
Related People Related Films Related Company Related News