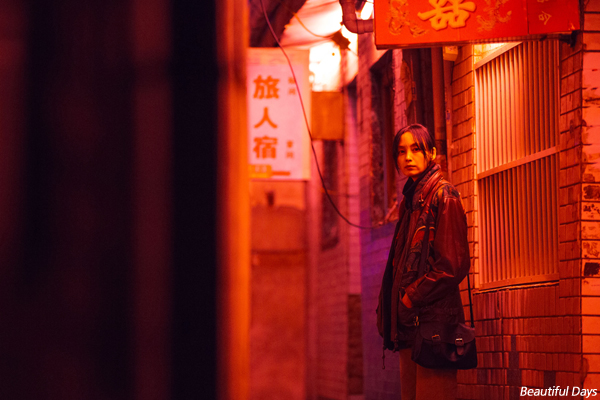 Popular star LEE Na-young’s return to the screen, the North Korea-themed indie drama Beautiful Days, has been set as the opening film of next month’s 23rd Busan International Film Festival. During press conferences held in Busan and Seoul on September 5th, LEE Yong- and Jay JEON, the recently reinstated Festival Chairman and Festival Director of BIFF, revealed this year’s lineup, which comprises 323 films from 79 countries.
From director Jero YUN, who was in Busan last year with the co-directed documentary Letters (2017) and screened his short film Hitchhiker (2016) in the Cannes Film Festival’s Directors’ Fortnight lineup in 2016, Beautiful Days stars LEE Na-young (HOWLING, 2012) as a woman who loses contact with her family when she escapes North Korea. Closing the festival this year will be Master Z: The Ip Man Legacy, the latest film in the HK period action franchise, directed by martial arts choreography legend YUEN Woo-ping.
Among the notable Korean films screened in this year are ZHANG Lu’s Ode to the Goose, KIM Tae- latest work Kokdu: A Story of Guardian Angels, and ARMY, the new work from art documentarian Kelvin PARK.
The program is also notable for featuring a 30% ratio of women directors. The gender representation is particularly evident in this year’s signature New Currents competition, which features four works by women, including House of Hummingbird, the promising debut feature of short filmmaker KIM Bora.
The retrospectives at BIFF this year include a celebration of the centenary of Filipino cinema, a program on classic Korean filmmaker LEE Jang-ho and the brand new ‘Busan Classics’ program, which this year will include Orson Welles’ recently completed The Other Side of the Wind, piece that debuted at the Venice International Film Festival, among other classics from around the world.
The 23rd edition of the Busan International Film Festival will take place from October 4 to 13.
Any copying, republication or redistribution of KOFIC's content is prohibited without prior consent of KOFIC.
Related People Related Films Related Company Related News