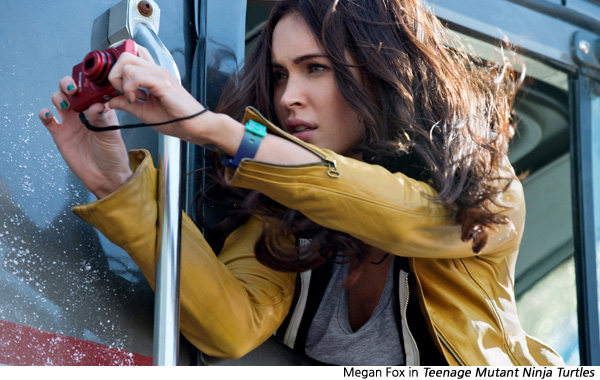 Megan Fox will become the latest Hollywood star to be involved in a Korean project after signing on to appear in a major role of KWAK Kyung-taek’s upcoming Korean War epic Jangsari 9.15. The period war film will also feature KIM Myung-min and is being produced by TAEWON ENTERTAINMENT, which delivered the Korean War drama Operation Chromite in 2016.
Fox will play the role of real-life character Marguerite Higgins, an American reporter and war correspondent who became the first woman to earn a Pulitzer Prize for Foreign Correspondence in 1951 for her coverage of the Korean War.
Active on screen since her teenage years, Fox became a global sensation when she appeared in 2007’s Transformers as well as its 2009 sequel Transformers: Revenge of the Fallen. Lately, she has been known for her lead roles in the two live-action Teenage Mutant Ninja Turtles films released in 2014 and 2016.
KIM Myung-min, known for Deranged (2012) as well as the three-part Detective K period action-comedy series, and who will be back on screens this month in the period creature feature Monstrum, is on board to play Lee Myung-heum, another historical figure.
Director KWAK, who has been a major name behind the camera since the late 1990s, is best known for his gangster drama Friend (2001) and geopolitical thriller Typhoon (2005). More recently, he made the period kidnap drama The Classified File (2015) and the supernatural investigative thriller RV: Resurrected Victims (2017).
With Fox attached, Jangsari 9.15 is following a similar process as TAEWON ENTERTAINMENT’s Operation Chromite, which notably featured global superstar Liam Neeson as General Douglas MacArthur.
Any copying, republication or redistribution of KOFIC's content is prohibited without prior consent of KOFIC.
Related People Related Films Related Company