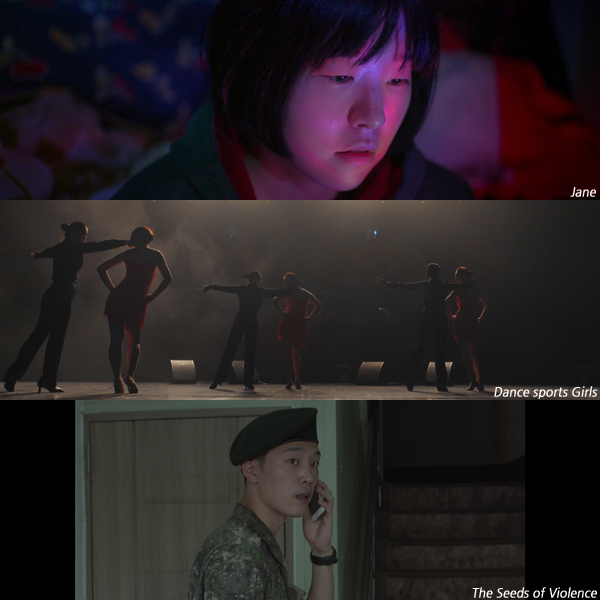 On December 21, CGV ARTHOUSE announced that CHO Hyunhoon’s Jane, LEE Seung-moon’s documentary Dance sports Girls, and LIM Tea-gue’s The Seeds of Violence would each receive 5 million Korean won as part of its Korean Filmmaker-in-Residence Project. In addition, it was announced that actress LEE Min-ji, who appeared in Jane, would receive a special award of 1 million Korean won.
The cash awards were made possible by a donation from CGV’s PARK Chan-Wook Theater, which opened at CGV’s Yongsan I Park Mall location in July. Dedicated to Korean film auteur PARK Chan-wook, the theater is devoted exclusively to screening independent and art house films with a portion of tickets sales being used to support the Korean independent film industry. PARK is one of three significant figures of Korean film industry to have received a theater dedicated in their name as part of the Korean Filmmaker-in-Residence Project, with actor AHN Sung-ki and director IM Kwon-taek having also received the honor.
To honor this year’s recipients, CGV ARTHOUSE held a special screening of each movie that featured a guest visit from the film’s director. The screenings took place from December 26 to 28 at the PARK Chan-wook Theater and the award ceremony was held after the screening of Jane on December 28th.
"Looking back at the history of Korean cinema and the achievements of filmmakers is very important for the development of Korean films", said KANG Gyeong-ho, business manager of CGV ARTHOUSE. “CGV ARTHOUSE will continue to support the filmmakers that made today’s brilliant Korean films possible and will do its best to support the growth of Korean movies.”
Any copying, republication or redistribution of KOFIC's content is prohibited without prior consent of KOFIC.
Related People Related Films Related Company