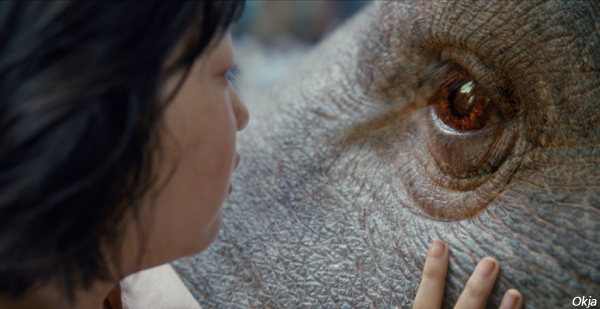 BONG Joon-ho’s Netflix-backed Okja has landed on the shortlist for the visual effects category for the upcoming 90th edition of the Academy of Motion Picture Arts and Sciences’ Academy Awards, to take place on March 4th. The 10-film list will be whittled down by the executive committee of the academy's visual effects branch to five when nominations are announced on January 23rd.
Joining Okja on the shortlist, which was itself pared down from a longer 20-title list earlier in December, are such VFX-heavy tentpoles as Guardians of the Galaxy Vol.2, Star Wars: The Last Jedi, Kong: Skull Island, Valerian and the City of a Thousand Planets, and War for the Planet of the Apes. Also on the list are Alien: Covenant, Blade Runner 2049, Dunkirk, and The Shape of Water.
The tale of a girl who attempts to rescue her genetically modified super pig from a global food corporation, Okja bowed in competition at the Cannes Film Festival last spring, before debuting on the global streaming platform across its 190 markets on June 27. The film, which stars AHN Seo-hyun, Tilda Swinton, Jake Gyllenhaal and Paul Dano, also received select theatrical releases in Korea and awards qualifying runs in the United States and the United Kingdom.
Last year’s visual effects winner at the Oscars was the motion capture update of Disney’s The Jungle Book from director Jon Favreau.
Any copying, republication or redistribution of KOFIC's content is prohibited without prior consent of KOFIC.
Related People Related News