BLOODLESS Picks Up Another Prize in Bogota 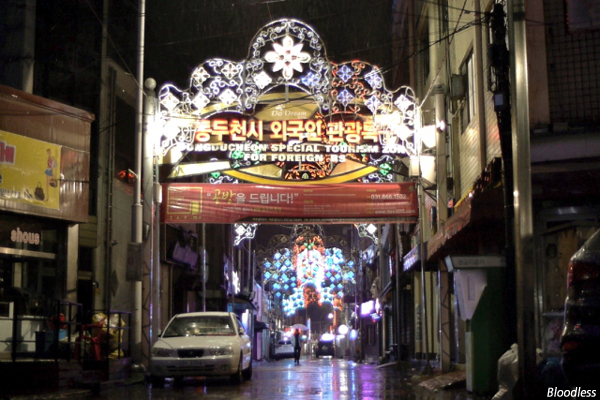 Gina KIM’s new virtual reality short film Bloodless continued its awards run after picking up the Best VR Film Award at the recently concluded Bogota International Film Festival, as reported by the film’s production company Crayon Films.
KIM’s latest is a 12-minute film that examines the last moments of a sex worker’s life. Bloodless is based on an infamous murder case that took place in the US army base town of Dongducheon (the Korean title of KIM’s film), involving a foreign soldier who killed a Korean bar worker in a brutal fashion. The violent nature of the crime left an impression on many when it occurred in 1992, including KIM, who has been trying to find a way to bring the story to the screen for the past 20 years.
Bloodless was first screened at the 19th Seoul International Women’s Film Festival. It had its international premiere at the 74th Venice International Film Festival in August, where it picked up the Best VR Story Award. Following that it triumphed again when it won the Best Film Award in the Virtual Reality competition of this year’s 58th Thessaloniki International Film Festival. The film was also exhibited at the National Museum of Modern and Contemporary Art (MMCA) in Seoul in September.
KIM’s prior works include Gina KIM’s Video Diary (2002), Never Forever (2007) the documentary Faces of Seoul (2009) and the China-Korea co-production Final Recipe (2014). She is currently a faculty member at UCLA, which sponsored Bloodless along with Dankook University and VENTA VR.
Any copying, republication or redistribution of KOFIC's content is prohibited without prior consent of KOFIC.
Related People Related Films Related Company