BEAUTY INSIDE makes the Switch to Small Screen 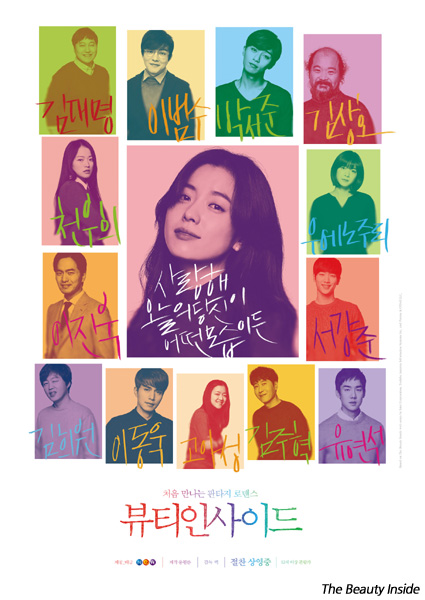 BAEK Jong-yeol’s 2015 romantic comedy Beauty Inside is set to be adapted into a television drama. In the movie, Yi-soo (HAN Hyo-joo) falls in love with Woo-jin (KIM Dae-myeong), a man that wakes up in a different body every day.
However, the TV drama version of Beauty Inside will feature a major switch of its own. Instead of the male character making the daily leap between bodies, the female lead will be the one who changes.
Beauty Inside was one of Korea’s top 20 grossing films of 2015, selling over 2 million tickets during its theatrical run. BAEK later received the award for Best New Director at the 52nd Grand Bell Awards. An American re-make of the film is currently in development with Game of Thrones actress Emilia Clarke attached to star.
Meanwhile, plans are to release the drama in the first half of 2018.
Any copying, republication or redistribution of KOFIC's content is prohibited without prior consent of KOFIC.
Related People Related Films