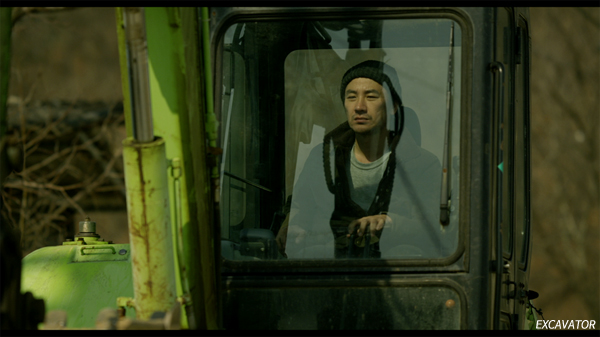 The Tallinn Black Nights International Film Festival (PÖFF) will screen six works from Korea this year, including LEE Ju-hyoung’s EXCAVATOR, which will have its international premiere in the festival’s competition section.
EXCAVATOR, which was produced by KIM Ki-duk and is the latest work from his protégé LEE Ju-hyoung, who debuted with Red Family in 2014, features UHM Tae-woong as a man who took part in the Gwangju Democratization Movement of 1980 as a paratrooper prior to his retirement from the military. Now working as an excavator, he visits his former superiors as he retraces his Gwangju experience.
KIM Jong-woo’s melodrama Home, following its premiere at the Busan International Film Festival this month, will take part in the First Feature Competition in Tallinn this year. Screening out of competition will be the Colonial Era drama Anarchist from Colony, from director LEE Joon-ik, whose film The Throne won the festival’s top award two years ago. Director LEE famously gifted the prize money back to the festival to help it grow into a hub of European cinema.
Also at Black Nights this year will be the world premiere of JEON Haelim's Better Today than Tomorrow in the Forum section, while JUNG Byung-gil’s The Villainess is part of the Midnight Shivers lineup and JANG Hun’s hit Gwangju drama A Taxi Driver is in the Panorama program.
This year’s PÖFF will take place from the 17th of November to the 3rd of December.
Any copying, republication or redistribution of KOFIC's content is prohibited without prior consent of KOFIC.
Related People Related Films Related Company