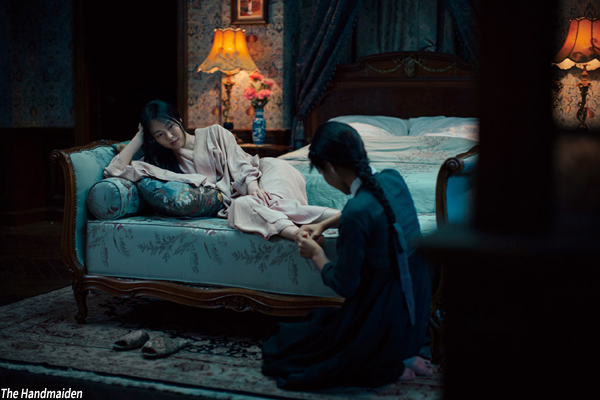 Korean films were the big winners at the 11th Asian Film Awards, held in Hong Kong on Tuesday March 21st after three years in Macau to celebrate the 20th anniversary of territory’s handover from the UK to China. The Handmaiden earned the most awards during the evening, walking away with four prizes, while both THE WAILING and The Age of Shadows also nabbed a prize each.
PARK Chan-wook’s The Handmaiden earned prizes for its lead KIM Tae-ri as Best Newcomer, MOON So-ri as Best Supporting Actress, RYU Seong-hee for Best Production Design and CHO Sang-gyeong for Best Costume Design. PARK’s film, which debuted in Competition at the Cannes Film Festival last year, was nominated in six categories, the others being Best Screenplay and Best Editing.
NA Hong-jin came away triumphant in the Best Director category for his film THE WAILING, which debuted as Out of Competition in Cannes last May. It was one of four nominations for the horror-thriller. KIM Jee-woon’s The Age of Shadows earned the Best Music Award for composer Mowg, one of the period spy action-thriller’s three nominations.
The Best Film winner during the night was the Chinese drama I Am Not Madame Bovary. Both THE WAILING and The Age of Shadows were also nominated for Best Film.
Any copying, republication or redistribution of KOFIC's content is prohibited without prior consent of KOFIC.
Related People Related Films Related News