KIM Kkob-bi Leads THE MARCH FOR THE LOST 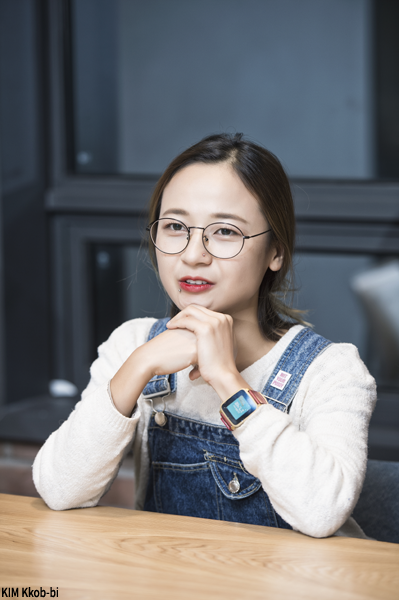 Indie star KIM Kkob-bi is currently filming the drama The March for the Lost (translated title) with director PARK Ki-bok and actors KIM Boo-seon and JEON Su-hyeon.
The story centers around a family affected by the Gwangju Democratization Movement of May 1980, often referred to as 5.18 (May 18) in Korea. KIM plays a popular comedian and daughter to Cheol-su, a man who mysteriously vanished during the massacre, and Myeong-hee, a woman who was shot in the head but lives on, suffering trauma from the event every day.
Director PARK’s early steps in the film industry included being a scriptwriter on the drama Dying Puppy and comedy 2424, both from 2002. He has also directed the documentaries Deja-vu In Wonderland (1993) and Mudang-Reconciliation Between The Living And The Dead (2003).
KIM is a prolific actress in independent cinema with a string of credits in Korea, Japan and elsewhere, including YANG Ik-june’s Breathless (2009), SHIN Su-won’s PLUTO (2013) and UCHIDA Eiji’s Greatful Dead (2013).
KIM’s co-stars include KIM Boo-seon of Monster (2014) and Love Forecast (2015) as Myeong-hee and JEON Su-hyeon as Cheol-su.
The March for the Lost began production last August and filming is ongoing.
Any copying, republication or redistribution of KOFIC's content is prohibited without prior consent of KOFIC.
Related People Related Films