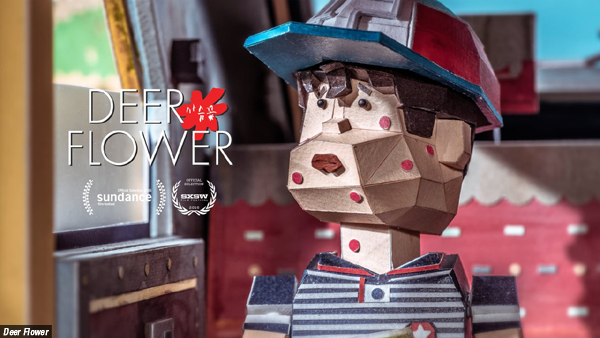 KIM Kang-min’s short animation title Deer Flower picked up a special award at the 26th edition of the World Festival of Animated Film – Animafest  Zagreb, which ran over June 6-11. This year’s Grand Prize in Zagreb went to Phil Mulloy’s Endgame and individual jurors were each given the opportunity to hand out one special award. Deer Flower’s prize was bestowed by Phil Lord, the creative director of the famed Aardman Studios.

Director KIM has worked extensively as a stop motion artist, graphic designer and filmmaker in Los Angeles. He previously took part in the student competition in Zagreb in 2010 with his short Deux Regards. While all his films, which also include Visit (2009) and 38-39°C (2011), have drawn claim around the world, Deer Flower has been particularly well-received on the festival circuit.