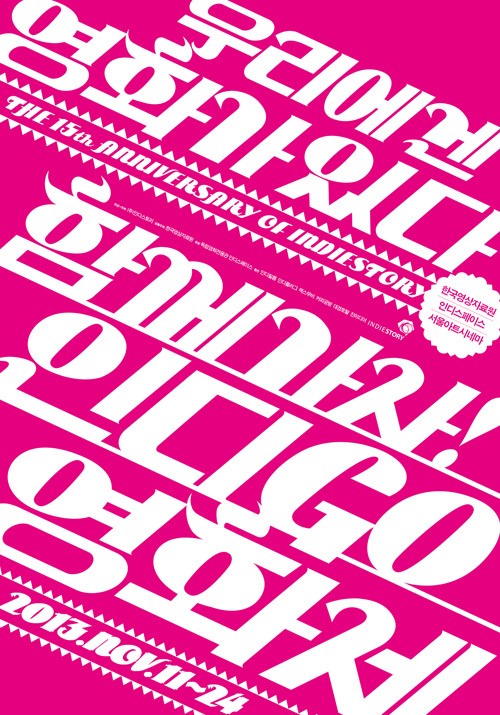 Korean film distributor INDIESTORY Inc. is currently holding the IndieGO Film Festival, a special event showcasing independent cinema in Seoul. The festival is screening a varied lineup featuring 40 films, including some that have yet to go on general release. The event marks 15 years of operation for the independent film distributor.
Among new Korean independent films, KIM Dong-hyun’s The Dinner, which recently served as the closing film for the 18th edition of the Busan International Film Festival, will screen at the festival, as well as If You Were Me 6, the latest installment in the National Human Rights Commission of Korea’s ongoing omnibus series, and ZHANG Lu’s Scenery, an extended feature version of the short the cineaste prepared for this year’s Jeonju Digital Project.
Some past indies are also on offer, including MIN Yong-keun’s Re-encounter and YEUN Sang-ho’s debut animation The King of Pigs (both 2011). MIN, who contributed a short to If You Were Me 6, will attend the festival on November 23rd for a question and answers session. Meanwhile, YEUN’s new film The Fake will go on limited release tomorrow
Foreign independent films are also included the festival’s lineup, including Cristian Mungiu’s Beyond the Hills, which was very well received at the Busan Film Festival last year. The IndieGO Film Festival is taking place at the Korean Film Archive (KOFA) in Western Seoul and the Indiespace cinema in Gangnam. It will run until Sunday, November 24th.
Any copying, republication or redistribution of KOFIC's content is prohibited without prior consent of KOFIC.
Related Films