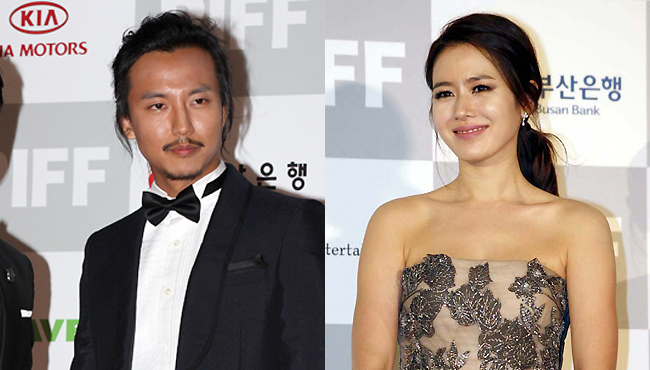 The filming of the period adventure movie tentatively titled Pirates began on July 15, with a blockbuster budget of KRW 10 billion (USD 8.9 million). Pirates, a marine adventure set against the backdrop of the Joseon Dynasty, will be directed by LEE Seok-hoon, who previously made See You after School (2006) and last year’s Dancing Queen. The film tells the story of a pirate, a bandit and an ex-pirate who hunt down a whale that swallowed the state seal bestowed on Joseon from China. It is written by CHEON Seong-il, who wrote screenplays for My Girlfriend Is an Agent (2009) and the acclaimed Korean TV series The Slave Hunters. KIM Nam-gil plays JANG Sa-jeong, the bandit, while SON Ye-jin plays Yeo-wol, a female pirate in this Korean version of Pirates of the Caribbean. KIM and SON recently co-starred in a TV series called Shark.
KIM began his acting career though a TV series and became a rising star through No Regrets (2006), a queer film by LEESONG Hee-il, Portrait of a Beauty (2008) and Modern Boy (2009). SON starred in Chihwaseon (2002) by IM Kwon-taek, for which he picked up the Best Director Prize at the Cannes International Film Festival. Since then, SON has grown into one of the most popular Korean actresses through hit films of various genres such as The Classic (2003), A Moment to Remember (2004), White Night (2009), and The Tower. In addition, veteran actor LEE Geung-young, who played serious characters in National Security and The Terror Live, will play a supporting role in Pirates. Pirates will be produced by Harimao Pictures, which was behind My Girlfriend Is an Agent, with Lotte Entertainment as an investor and distributor. The film is slated to be released in the summer of 2014.