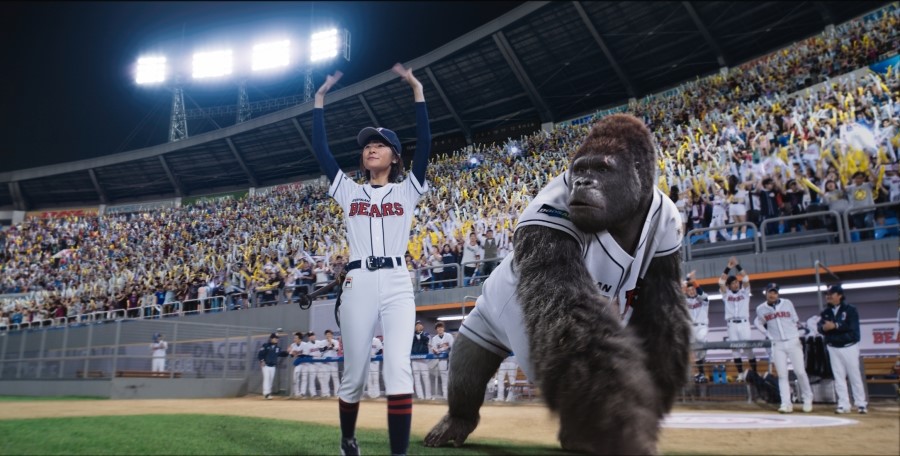 The big budget Mr. Go has opened in China and scored a record on its first day, during which it accrued RMB 12.2 million, a new single day benchmark for a Korean film in the country. Co-produced by Korea’s Showbox/Mediaplex Inc. and China’s Huayi Brothers Media Corporation, the 3D film landed at number one when it opened this past Thursday (July 18th). Huayi staked 25% of the film’s budget.
The baseball-playing gorilla film replaced the Hollywood tentpole After Earth at the top and is well positioned to play well in the coming days and weeks. Meanwhile, Mr. Go’s Korean performance has been less spectacular, as it currently stands at number three, behind Red 2 and local thriller Cold Eyes.
This marks the third major success for a Korean film in the Chinese market, following CJ Entertainment’s popular produced-for-China romantic comedy A Wedding Invitation and Boram Entertainment Inc.'s Late Autumn. Mr. Go is set to open most of Asia’s major markets over the coming months, with Singapore (July 25th), Malaysia (August 1st) and Taiwan (August 9th) up first.
Any copying, republication or redistribution of KOFIC's content is prohibited without prior consent of KOFIC.
Related Films Related Company