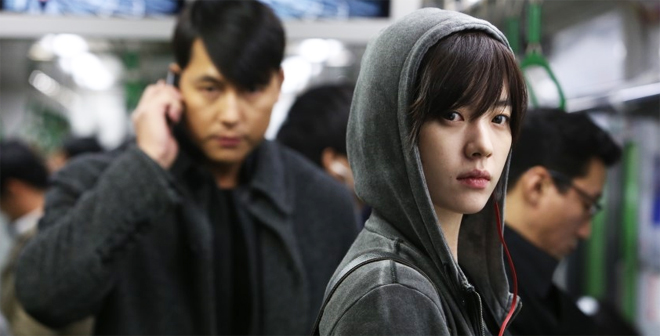 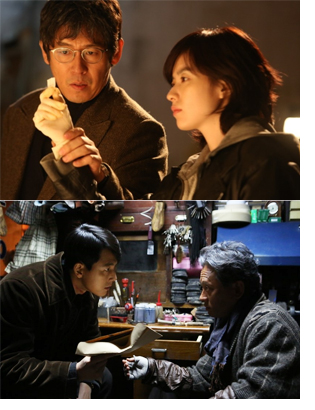 The police has a special surveillance team to keep its eyes on crime scenes. The team leader HWANG chases crimes with his animal intuition. HA Yun-ju, who has a brilliant memory and is very observant, joins the team. One day, a crime arises which renders their efforts useless. As the team tries to approach the perpetrator, James, the leader of the criminal organization evades them through an elaborate plan.
Cold Eyes is a film about a special police surveillance team which specializes in watching crimes using information and clues in a modern society where information and networks dominate. The surveillance team is run under strict rules; their assignments are watching from beginning to end, they cannot intervene in anything except for what they are allowed to; and once a member’s identity is exposed, he or she is ruled out of the assignment. These special settings of Cold Eyes create an unprecedented and fresh attraction.
The surveillance team must remain unexposed while James the criminal devises his crimes without him knowning or leaving any clues. The tight mind game between those who have to hide themselves will fascinate audiences. SOL Kyung-gu, who has proved his acting ability and box-office value in various films including the Public Enemy series, Silmido, Haeundae and The Tower, leads the team. JUNG Woo-sung plays his first villain role acting as James, the leader of the criminal organization against the surveillance team. HAN Hyo-joo, who appeared in Masquerade and Love 911, rounds the cast.
Realism was enhanced as the film was shot at actual locations in the city such as Teheran-ro, Itaewon, Cheonggyecheon, Yeoeuido, Yeongdeungpo and Jongno. CHO Hwa-sung, the art director for Woochi, Nameless Gangster: Rules of the Time and New World, designed the sets to create a realistic world. The film was co-directed by JOH Ui-seok, who debuted with Make It Big at the age of 26 in 2002, and KIM Byeong-seo, who was the director of photography for The Aggressives and A Good Rain Knows.
The Dream Film of Korea - Mr. Go 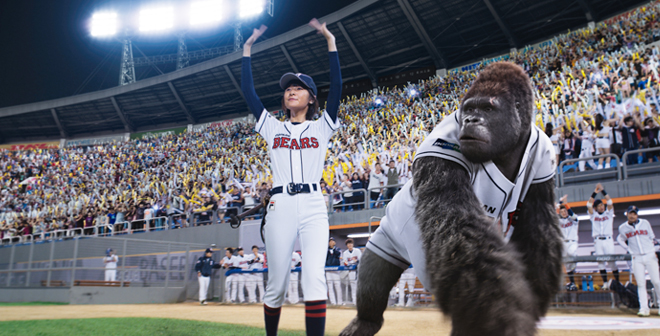 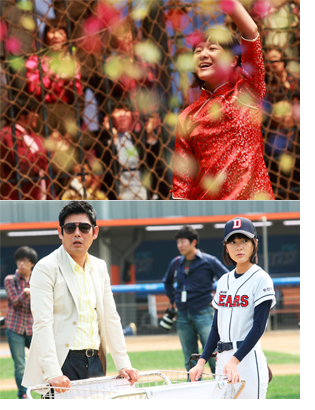 Since her grandpa passed away, the 15-year-old girl Wei Wei has managed the traditional circus team alone with the 45-year-old gorilla Ling Ling, her only friend and family. It is thanks to her grandpa who was a big fan of baseball that Ling Ling is so good at the sport. They somehow go to Korea where he later earns fame. Obsessed with money, SEONG Choong-su makes Ling Ling join a Korean pro baseball team and the gorilla becomes a nationwide superstar.
Mr. Go is a cheerful film about the baseball playing gorilla Ling Ling and his manager Wei Wei. He plays for a Korean baseball team and grows to become a superstar. This is a new film directed by KIM Yong-hwa, who captivated viewers with 200 Pounds Beauty and Take Off. The original story is based on the cartoon ‘The 7th Team / Je-Chil-Gu-Dan’ drawn by HEO Young-man in 1985. Some of his other cartoons were already cinematized as Beat, Tazza: High Rollers and Le Grand Chef.
The adaptation of the 28 year-old cartoon was made possible by virtue of the imagination of director KIM. While many different animals play baseball in the original story, the gorilla is the only animal in the film. KIM said, “Some footage I saw on Youtube a few years ago motivated me. As I saw the miraculous moment when Christian the lion went back to the wild after having being tamed and raised by human for years, I thought to myself that human can actually tame animals. Then I started working on Mr. Go and now I can share my dream with the audience.”
The 3D digital character Ling Ling, who was made through as many as 1,000 cuts, is at the center of the news. The staff developed motion capture technology, facial capture technology and a digital fur production program on their own to make the gorilla as realistic as possible. Mr. Go is a dream film that about 400 staff members spent four years for planning and developping and over a year editing.
Any copying, republication or redistribution of KOFIC's content is prohibited without prior consent of KOFIC.
Related People Related Films