World's First Animal Film Festival to be held in Suncheon 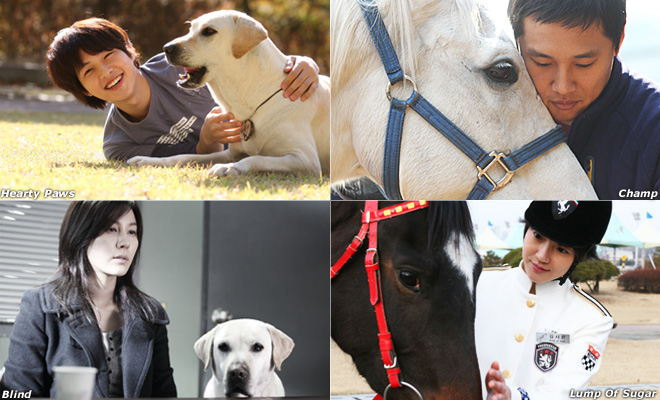 An Animal-themed Film Festival is to open in Korea this coming August. FineWorks, the company behind the film Miracle in Cell No. 7, which brought in 12.8 million admissons at the beginning of the year, and Suncheon City in South Jeolla Province will stage the film festival. The event is set to take place from August 22nd for five days.
Suncheon City is also the location for the Suncheon Bay Garden Expo and it's an animal-friendly city with the slogan of "Korea's Ecological City." FineWorks has continuously produced animal-related films prior to Miracle in Cell No. 7 such as Hearty Paws, and Hearty Paws 2 of 2006 and 2010, and Champ, a film about a horse. In Blind, which drew in 2.37 million spectators at the box office, also made by FineWorks, a guide dog played a big part. The film festival will screen 30 of the latest animal-themed or animal-related films from different countries.
Organizers are planning on events where visitors can walk and eat with animals in Suncheon's different tourist attractions. The festival director will be KIM Min-ki, CEO of FineWorks and the head of the jury will be LEE Hwan-kyung, director of Miracle in Cell No. 7. LEE also directed Champ at FineWorks and before that, he directed Lump of Sugar, another movie about a horse released in 2006, which he made with another company.
Any copying, republication or redistribution of KOFIC's content is prohibited without prior consent of KOFIC.
Related People Related Films Related Company