May 20, 2013
JEON Soo-il, “The distribution structure needs to change” 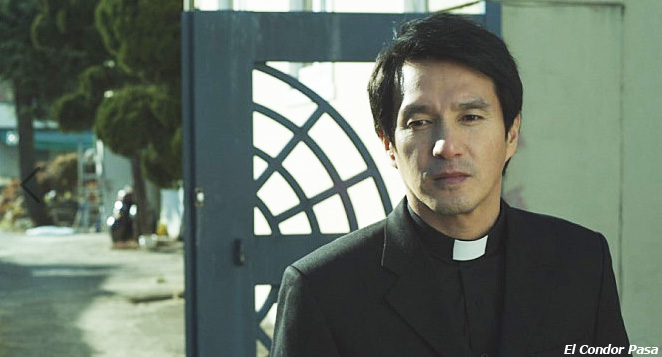 CHO Jae-hyun of El Condor Pasa raised his voice about the need for diversity of films. At the preview event for El Condor Pasa, to be released on May 30, CHO said, “Lately, Jiseul attracted 140,000 viewers and Two Doors drew 70,000last year.” He continued, “I hope various films can co-exist and attract as many audiences as 50, 70, or 100,000. If it happens, the future of the Korean film market will be brighter than now.” He then said, “Our films are currently screening at sic screens for diversity films in Gyeonggi-do. This type of screening has to become more popular. We cannot depend on big enterprises all the time.”
JEON Soo-il, the director of the film said, “In my opinion, it is of no meaning to distinguish between commercial films and artistic films. I think what really separates them is the scale of distribution.” He then continued, “I will try hard to make films widely approach the public. It would be good if the distribution structure changes.”
El Condor Pasa is a film about the desire and introspection of a priest who experiences psychological and physical agony as a girl who he had a family-like bond with dies. It was officially invited as a Gala Presentation of the 17th Busan International Film Festival (BIFF), where it received favorable comments for its exceptional materials and performances.
Any copying, republication or redistribution of KOFIC's content is prohibited without prior consent of KOFIC.
Related People Related Films Related Company