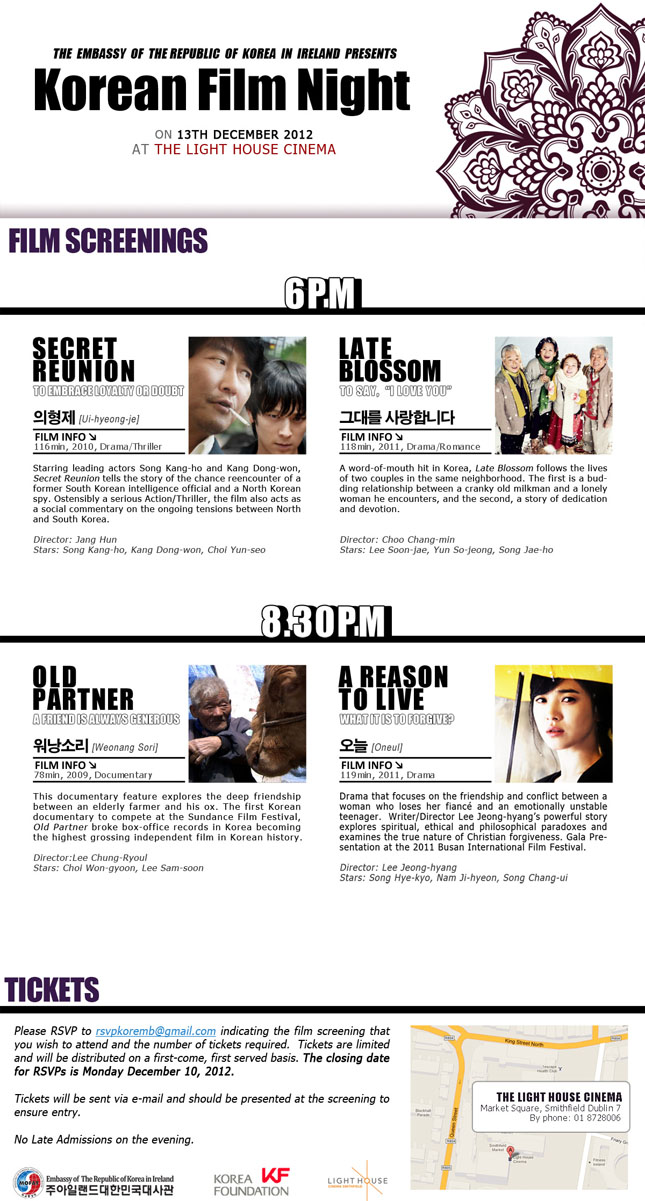 On December 13th, the Korean Embassy in Ireland, in association with the Korea Foundation, will present a Korean Film Night at the Light House cinemas in Dublin. Four films will be screened during the evening at the Smithfield venue. 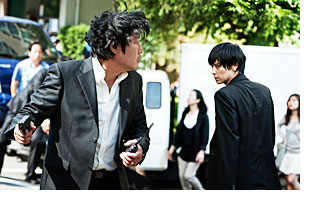 CHANG Hun’s Secret Reunion (2010), the buddy spy thriller starring SONG Kang-ho and GANG Dong-won, will screen in the 6pm slot along with CHOO Chang-min’s elderly romance Late Blossom (2011). The 8:30pm slot will feature screenings of Korea’s most popular documentary Old Partner (2008) from LEE Chung-ryoul, about a farmer and his ox, and LEE Jeong-hyang’s first film in 9 years A Reason to Live (2011), the drama about forgiveness starring SONG Hye-kyo. The screenings, which are free for everyone, will take place at the Light House Cinema, Market Square, Smithfield, Dublin 7.
Any copying, republication or redistribution of KOFIC's content is prohibited without prior consent of KOFIC.
Related People Related Films