Nov 16, 2012
Rundown of Korean film sales at the American Film Market
The American Film Market (AFM) is an annual event held in early November every year. Film production companies from around the world get together to introduce and sell films scheduled for release in the following year. Korea’s major sales companies also participate in the market, where they meet buyers from America and Europe. Hopes were high before this year’s AFM due to foreign buyers' expectations regarding the films directed by PARK Chan-wook, KIM Jee-woon and BONG Joon-ho, the soon-to-be the first generation of Korean directors in Hollywood. The results of Korean film sales at AFM are as follows. 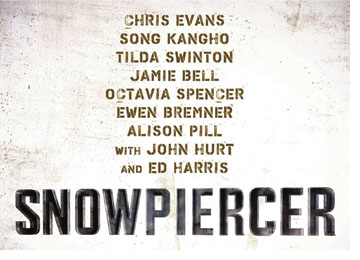 CJ Entertainment's goal was to introduce upcoming films rather than selling them. They provided brief information on recently released films including A Werewolf Boy and My PS Partner Interest Me, as well as Masquerade, which heated up the US and Europe, and films scheduled to be released such as BONG Joon-ho’s Snow Piercer, RYOO Seung-wan’s In Berlin and KIM Ji-hoon’s The Tower.
As for Snow Piercer, the 10 minute promotion clip fascinated possible buyers. Weinstein Company was selected as the distributor for English-speaking territories and CJ actively discussed sales with major countries. Buyers who liked the action of RYOO Seung-wan’s previous films shows strong interest in his new work In Berlin. Viewers were impressed with the 10-minute-long promotion clip which was presented.
The Tower, which was already presented at last year’s AFM, came back as it nears completion, which increased expectations from foreign distributors. It received positive comments regarding the scale of the film and for the high quality of its special effects. It is predicted to yield strong sales in the future. 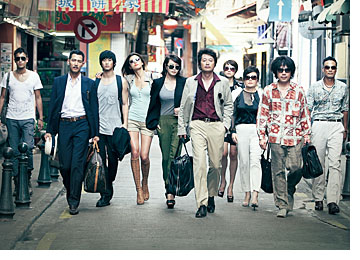 Showbox/Mediaplex, Inc presented The Thieves, A Company Man and Confession of Murder and released their line-up for 2013 including Man on the Edge, My Pavarotti (Working Title), The Huntresses, The Face Reader and Classmate at AFM. After viewing the screened films, buyers said, “I liked the combination of unique storylines and high-quality action.” For A Company Man and Confession of Murder, many people said, “I’m surprised by the abilities of new Korean directors.” In the line-up for next year, many varied films covering different genres in addition to new works from commercially recognized directors and actors were presented and discussed at AFM.
Screened films, although they had already been sold to some regions, found additional buyers from North America, Asia and Europe. In terms of new films, they are in the middle of discussions for advance sales to Asian countries including Japan. Participation from Indian and Chinese companies was also very high. They showed great interest in co-productions and remakes. For The Thieves, which was already released in North America on October 12th, a meeting to check its current status was held. It was deemed to have performed well at the box office and it earned positive results for secondary copyrights. They are discussing a remake contract with a Hollywood studio.
A Company Man and Confession of Murder have received favorable responses from Germany, France and other European countries as well as North America. Further discussions on additional sales are ongoing and there were many inquiries about remakes. North America and Europe have strong genre film festival circuits, so the films are expected to be invited a number of these events. 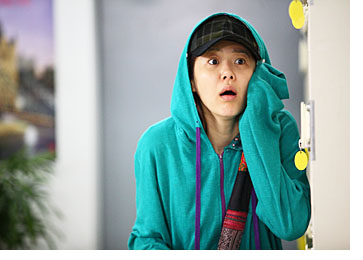 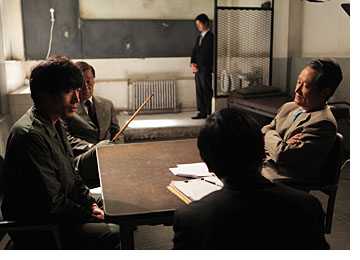 M-line Distribution worked on sales for National Security, Traffickers, The Peach Tree, El Condor Pasa, Two Weddings and a Funeral and Circle of Crime. Among American and European buyers, those who like Korean thrillers showed big interest in Traffickers. Considering that deals are often made after a film market closes, Traffickers is likely to sell to America and Europe. European buyers who have consistenlty opted for auteur films showed interest in National Security. Asian buyers tend to favor sentimental dramas and are sometimes swayed by major headliners. These buyers were keen on The Peach Tree. Doomsday Book has been on the market since the Cannes International Film Festival, but buyers’ love was strong again at AFM. 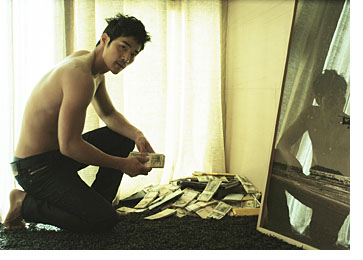 Daisy & Cinergy Entertainment presented complete films like Horror Stories, Don't Cry, Mommy, and The Taste of Money as well as How to Use Guys with Secret Tips, which is in post production. At AFM, where genre film demand is common, Horror Stories was quite popular. Many buyers liked Don’t Cry Mommy although it didn’t screen. The Taste of Money will be released in the US in 2013 and later in several countries in Europe and Asia. It is noteworthy that How to Use Guys with Secret Tips was discussed for remake although it is still in production.
FINECUT introduced commercial films such as The Grand Heist and Ghost Sweepers and films screened at film markets and film festivals like KIM Ki-duk’s Pieta and HONG Sangsoo’s In Another Country at AFM. They also presented KANG Yi-kwan’s Juvenile Offender, which won 2 awards at the Tokyo International Film Festival, JEON Kyu-hwan’s The Weight, a recipient of the Queer Lion award at the Venice Film Festival, Love 911, to be released in December, and Shin-se-gye (Working Title), starring LEE Jung-jae, CHOI Min-shik and HWANG Jung-min, to be released in 2013. 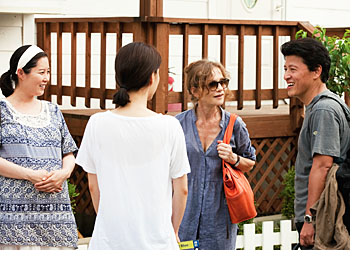 Whereas Europeans were much interested in artistic films such as Pieta and In Another Country, For South East Asian countries, where HAN Hyo-joo is well known, Love 911 was very popular. Many of the buyers anticipated the release of Shin-se-gye for the fact that it was directed by PARK Hoon-jung, who wrote the script of the global hit, I Saw The Devil, and for it impressive cast featuring some of Korea's best actors. 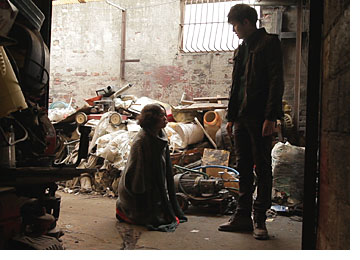 For Activers Entertainment Co., Ltd., sales for KIM Ki-duk’s Pieta were most outstanding. According to a representative, it was sold to the most territories. They said that although the overall exportation of Korean films has decreased, there was strong interest from Asian countries for films starring Korean Wave actors or K-pop stars. Activers Entertainment considered the global economic depression as the main reason that the duration of the AFM has been shortened from around 10 days to 7 days in recent years. They pointed out that American films are not selling as well overseas as they used to. This is partly because the status of domestic films has increased for markets in Korea, India, Thailand and France.
Activers Entertainment Co., Ltd. suggested a measure to increase exportation and strengthen the competitiveness of Korean films. According to them, smart management of production cost is the key. The theory is based on reinforcing the weakness of Korean film by making globally competitive and strong films using mass funds supported by the government. This would have positive effects on Korea’s domestic film market as well, so a base for a healthy industry can be established and international co-productions can be secured, which will lead to the acquisition of a foreign market share and a rise in competitiveness.
Any copying, republication or redistribution of KOFIC's content is prohibited without prior consent of KOFIC.
Related People Related Films Related Company