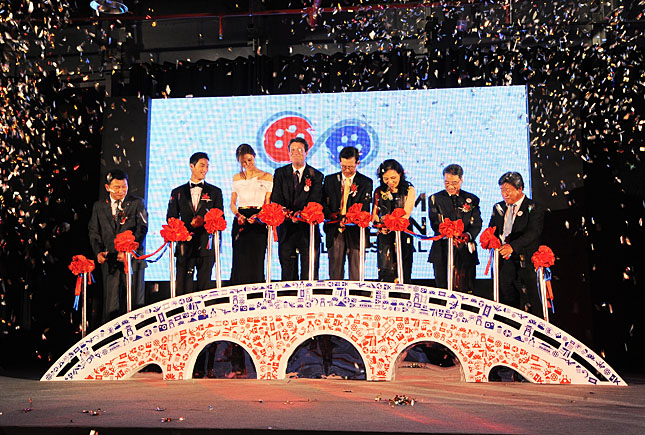 The 1st Vietnam-Korean Film Festival opened on October 18th at the Megastar Crescent Mall in Ho Chi Minh City, Vietnam. The event is organized by CJ CGV and supported by the Vietnamese and Korean Ministries of Culture, Sports and Tourism and the Korean Film Council. Megastar, the venue of the film festival, is the first of Vietnam's multiplexes to be taken over by CJ CGV. It has been part of the chain since July of last year.

This event was organized to commemorate the 20th anniversary of the establishment of diplomatic relations between Korea and Vietnam as well as to promote active exchanges among both countries’ film professionals and to enhance co-production opportunities. Ten Korean films will screen, including the opening film Masquerade as well as As One, In Another Country, Dangerously Excited, Unbowed, Love On-Air, Always, Little Black Dress, Sunny and Punch.

KANG Ki-myung of CGV said the event will be an opportunity to introduce the latest films from Korea and a chance for CJ Group to firmly establish itself in Vietnam, thereby raising the brand value of Korean cinema in the country.
CJ E&M’s Head of Vietnam Operations, JEONG Tae-seon said the company plans to form partnerships with Vietnamese production companies and to increase the number of films shot and made there, thereby expanding the scope of the industry in the country, adding that this will further promote the Korean film industry.
The first part of the event will go on until October 24th in Ho Chi Minh and the second part will begin on December 6th and run through to the 8th at the Megastar Vincom City Tower in Hanoi.
Any copying, republication or redistribution of KOFIC's content is prohibited without prior consent of KOFIC.
Related Films