Oct 12, 2012
Appointed as jury of the competition section of the 10th AISFF 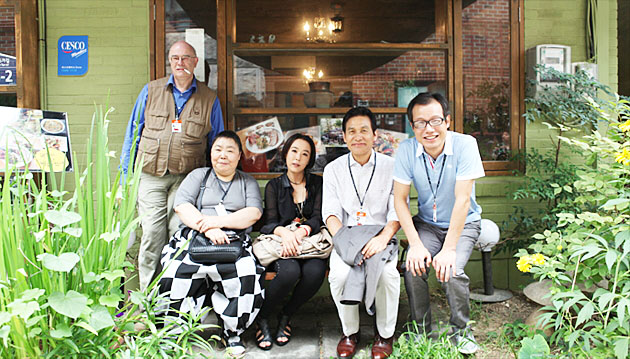 The 10th Asiana International Short Film Festival (AISFF), starting on November 1st, announced the jury of the competition section. What is notable is that AHN Sung-ki, KANG Soo-yeon, JUNG In-gi, Tony RAYNS (film critic) and TOMIYAMA Katsue (president of Image Forum, Japanese artistic film’s exclusive screen), who act as jury members in Jury, the opening film of this year’s AISFF, meeting its 10th anniversary, have been appointed as jury of the competition section in reality. Expectations grow as the characters of Jury, a film that interestingly shows the happenings of evaluation at an international film festival, are going to become real jury.
The 5 jury members will view 55 films from 30 countries in the international competition section and 5 films in the Korean competition section of the 10th AISFF to decide 8 films to win KRW 38 million (USD 34 thousand) at the closing ceremony.
Although Jury is a short film, it created a lot of news even before shooting started for the fame of the staff and actors. KIM Dong-ho, honorary director of the Busan International Film Festival (BIFF) debuted as a director of this film and KIM Tae-yong, the director of Late Autumn is the assistant director. ZHANG Lu, the director of Dooman River, and , YOON Seong-ho, the director of Milky Way Liberation Front, wrote the scenario. KIM Hyeong-gu, the director of photography of Memories Of Murder, and KANG Woo-suk, the director of Public Enemy will take care of editing.
It stars Korea’s top actors such as AHN Sung-ki and KANG Soo-yeon and renowned actors like JUNG In-gi and PARK Hee-bon as well as a number of Korean and foreign filmmakers including directors PARK Jung-bum, YANG Ik-june and YOON Sung-hyun and LEE Chae-eun, KIM Kkobbi, Tony RAYNS and TOMIYANA Katsue. Jury will be world premiered at the opening ceremony of the AISFF on November 1st.
Any copying, republication or redistribution of KOFIC's content is prohibited without prior consent of KOFIC.
Related People Related Films Related Company