Sep 23, 2012
Key facts about 5 films of September
Films released between late August and early September have been gaining positive responses from audiences. Each of them in different genre and different colors is very characteristic. Let’s see what points we should focus on when watching them.

KIM Ki-duk is back after a long hiatus. It has been 4 years since Dream (2008). Although ARIRANG was screened at the 5th CINDI Film Festival last year, he officially had a 4-year break because none of his films have been in theater in the mean time. This is noticeable for several reasons. First, Pieta is the first film he presents to the public after a long years of hiatus. Second, it is the film that brought KIM the Golden Lion, the highest prize at the competition section of the 69th Venice Film Festival. Last and most importantly, he finally broke out of the image of an 'isolated and disconnected' man and approached the public one step closer. Some critics even say the world of KIM's work can be divided into pre- and post-Pieta. Boosted by the winning of the Golden Lion, Pieta has attracted 350 thousand audiences to theaters and it is likely to run much longer. 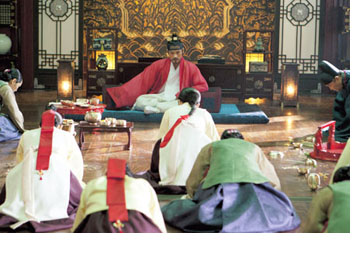 Amazing performance by LEE Byung-hun
September 13 | Director CHOO Chang-min | Main Cast LEE Byung-hun, RYU  Seung-ryong, HAN Hyo-joo | 131 min | 14+
From the first scene where a moody king pretties himself up, every frame of Masquerade is an eye catcher. Without hesitating, the story quickly develops to the point where a jester Ha-sun is disguised as Prince Gwanghae. Through the masquerade, the director delivers the message that 'the fake can be more real than the real' in the end. It is when the jester with a very low social status seemingly deserves to be a king more than the real king that the film reaches the climax. It is a political satire, comedy, and melodrama at the same time. Inspired by 'The Prince and the Beggar', a novel by Mark Twain, this film is a faction, a modified story of the history. The entire 131 minutes never get boring. That certainly by virtue of the actors. LEE Byung-hun's acting especially outstanding. He definitely dominates the film. 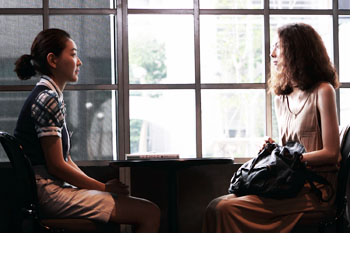 A ballad for the left
September 6 | Director, Scriptwriter KIM Hee-jung | Main Cast PARK Jin-hee PARK Ji-yun, KIM Jeong-nan | 104 min | 14+
This is KIM Hee-jung's second feature film. After The Wonder Years, she once again took a close look at wounded souls. While The Wonder Years was a coming-of-age film about an orphaned girl, Grape Candy talks about grown-ups hurt by their past. Seon-ju(PARK Jin-hee) one day bumps into So-ra(PARK Ji-yun), who was a friend back in middle school until they graduated 17 years ago, but Seon-ju doesn't feel good about it. They go to Busan together without speaking out something they might want to. As Jeong-eun(KIM Jeong-nan), sister of another old friend Yeo-eun joins them there, their emotions become complicated. This film focuses on speaking out about wounds rather than reconciling each other. It deals with the pain and influence of deep-rooted misunderstanding and wounds. After all, Grape Candy is a film that soothes the feelings of the survivors from an accident. 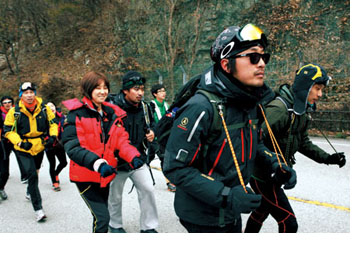 This is the name of reality
August 30 | Director LEE Keun-woo | Main Cast HA Jung-woo, KONG Hyo-jin | 99 min | 14+
He should have watched his mouth. At an awarding ceremony in 2010, HA Jung-woo officially said, "If I win the Best Actor's Award, I will walk through the entire nation.", which came true. From Seoul Arts Center to Haenam, the south end of Korean peninsula, he started 577km long journey. KONG Hyo-jin, he co-starred in Love Fiction somehow got involved in the project and then it became a rolling snowball. This is how this documentary about the 22 days of journey was made. There was even no scenario. This is the name of reality film. The stars are exposed to the camera without make-ups. As the participants get exhausted, the viewers start to see what they could see from the stars before. After the journey is over, HA repeated the same mistake by saying he would do it again. 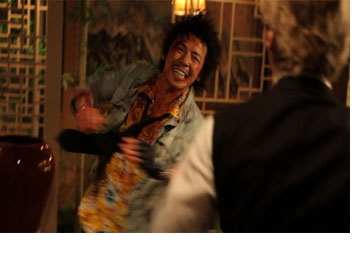 ◇ Young Gun in the Time
Exciting and wild imagination
08.30 | Director OH Yeong-du | Main Cast HONG Yeong-geun, CHOI Song-hyeon, HA Eun-jeong | 95 min | 18+
Because the budget is low, doesn’t mean imagination should by hindered. Young Gun in the Time is a film that cheerfully resists the conditions. Director OH Yeong-du and leading actors HONG Yeong-geun, HA Eun-jeong are members of a film creation group ‘Kino Mangosteen’. All the members switch their role between director and actor, and sometimes they even become staff. ‘Kino Mangosteen’ have already proved that they can make interesting films with low budget when they made The Neighbor Zombie (2009) and Invasion of Alien Bikini (2010). Their films don’t have a certain format. The settings are ridiculous and they don’t even belong to any certain genre. But they are definitely fun. ‘Fun Films’ might be the most simple but honest expression to describe ‘Kino Mangosteen’ films.
Any copying, republication or redistribution of KOFIC's content is prohibited without prior consent of KOFIC.
Related People Related Films Related Company