Sep 05, 2012
The 17th Busan International Film Festival announces its New Currents line-up
The ten competitors for the 17th Busan International Film Festival's (BIFF) New Currents section have been announced The section has played an important role as a gateway for promising Asian directors to be introduced to viewers worldwide.
Some of the directors previously found in this section include JIA Zhangke (China, 3rd BIFF), PARK Chan-ok (Korea, 7th BIFF), LEE Yoon-ki (Korea, 9th BIFF) and ZHANG Lu (China, 10th BIFF). This year the section's films come from eight countries and are waiting to fascinate audiences with their varied themes.
New Currents 2012 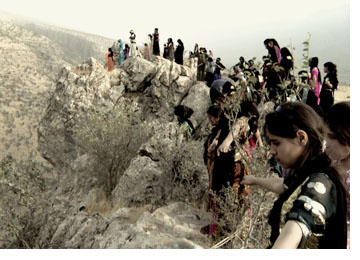 ◇ 111 GIRLS
Director Nahid GHOBADI, Bijan ZMANPIRA
Iraq | 2012 | 79min | HD | Color
World Premiere
111 Kurdish girls send a letter to the Iranian president protesting the lack of marriageable men and threatening mass suicide in four days unless someone takes action. The president dispatches special investigator Donyadide to a remote section of Iranian Kurdistan on a journey to save 111 lives.
Director Nahid GHOBADI
Nahid GHOBADI took her first cinematic steps in 2001 alongside her brother Bahman GHOBADI, whom she assisted on set. She studied cinema at Columbia College in the U.S. and has made six short and documentary films to date, all set and shot in Iranian Kurdistan. 111 Girls is her first feature film.
Director Bijan ZMANPIRA
Bijan Zamanpira was born in 1965 in Kurdistan, Iran. In 1995 he earned his B.A. in Persian Language and Literature from the University of Peyame Nour in Tehran. He began his artistic career in 1998 as a photographer and has won five awards both domestically and internationally. Zamanpira began his involvement in cinema when he attended photography and cinematography courses from 1998-2000 at the Tehran Youth Cinema Institute.

◇ 36
Director Nawapol THAMRONGRATTANARIT
Thailand | 2012 | 68min | HD | Color
International Premiere
Film company co-workers Sai and Oom go their separate ways after a year together. When Sai’s computer crashes one day, she discovers a year’s worth of photos have vanished from her hard drive—including shots of Oom. 36 examines the power of memory to create new realities.
Director Nawapol THAMRONGRATTANARIT
Nawapol THAMRONGRATTANARIT graduated with a degree in Chinese from the Faculty of Arts, Chulalongkorn University. He started making short films with a learning-by-doing approach during his years at university. In 2006 his experimental documentary See gained success by winning two awards in a film competition in Thailand.
In 2007, he attended the Berlinale's Talent Campus. Now he works as a scriptwriter/script supervisor for both independent and mainstream feature films and writes as a film critic for film and cultural magazines. 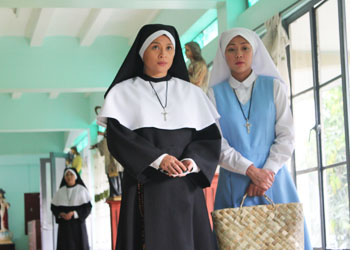 ◇ APPARITION
Director Vincent SANDOVAL
The Philippines | 2012 | 87min | D-Cinema |Color
International Premiere
An act of brutal violence shatters a convent’s cloistered tranquility and brings the contrast between a life of sheltered faith and outside reality into sharp relief. As the sisters grapple with the fallout and emotional aftermath, one final secret threatens to unravel the nunnery completely.
Director Vincent SANDOVAL
Vincent SANDOVAL is a US-based Filipino filmmaker. He has a bachelor’s degree in Psychology from the University of San Carlos and an MBA from New York University. He had done marketing for independent documentaries, including the Academy Award-shortlisted Favela Rising and Up The Yangtze.
In 2009, he founded the IndioBravo Film Foundation in New York. He also wrote, directed and acted in his first short, Señorita (2009). In 2011, Vincent developed the short into his first narrative feature, Señorita. The feature had its world premiere in competition at the 64th Locarno Film Festival.

◇ FATAL
Director LEE Don-ku
South Korea | 2011 | 103min | HD |Color
World Premiere
In this coming-of-age drama, sin, conscience and accountability take center stage when 28-year-old Sung-gong confesses to his part in a rape ten years earlier. Wracked by guilt, his itemization of the choices that led to his crime are simultaneously shocking and numbing.
Director LEE Don-ku
Lee Don-ku started his career as an actor in Turn It Up (2002). He built acting experience in Seoul's Daehangno theater district. His graduation film for the Dong-Ah Institute of Media and Art, We Will Do Your Favor (2006) won the Audience Award at the Indie Boom Online Independent Film Festival. He has worked for Cube Entertainment as media team leader and producer. 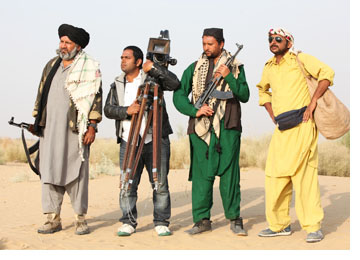 ◇ FILMSTAAN
Director Nitin KAKKAR
India | 2012 | 117min | D-Cinema | Color
World Premiere
The connective power of film is undeniable in Filmstaan, where kidnapped Indian production grunt Sunny bonds with his Pakistani captors over their shared love of Bollywood. Effortlessly illustrating how our similarities can trump our differences, Filmstaan ultimately makes the argument that cinema transcends simple entertainment.
Director Nitin KAKKAR
Nitin KAKKAR was born in Bombay (now Mumbai) on November 5th, 1975. He made his first short film, Black Freedom, in 2004. The film was appreciated and won a number of awards at various short film festivals. Since then has worked on various television projects. Filmistaan is his first feature film. 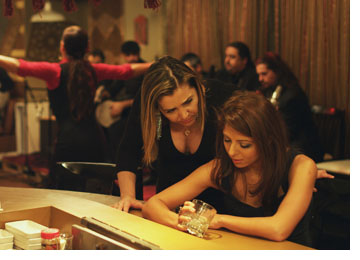 ◇ KAYAN
Director Maryam NAJAFI
Canada, Lebanon | 2012 | 87min | HD | Color
World Premiere
A divorceé and mother of two, Hanin lives in Vancouver, her life busy running a Lebanese restaurant and constantly worrying about eviction. No matter the place, Hanin grapples with the same prejudices all single women do in this film about independence, love, despair and hope.
Director Maryam NAJAFI
Born and raised in Tehran, Iran, Maryam NAJAFI is currently based in Vancouver, Canada. Maryam’s work is inspired by multicultural harmonies and discords in the modern world. She has completed a multitude of noteworthy works as a writer, director, producer and editor around the world in places such as Iran, Canada, Spain and the United Arab Emirates.
The 2010 film The Neighbor (Dir. Naghmeh SHIRKHAN), which she co-produced, has been featured in many international film festivals and has won numerous awards. Maryam has written four feature screenplays. Kayan is her debut feature film as a director. 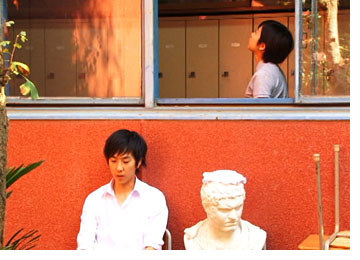 ◇ THE TOWN OF WHALES
Director Keiko TSURUOKA
Japan | 2012 | 70min | HD | Color
International Premiere
Six years since, high school student Machi is still obsessing over her brother’s disappearance. She plans a summer trip to Tokyo with friends and is shocked to find out that her brother is in the city. With few expectations, Machi boards a train to find out the truth.
Director Keiko TSURUOKA
TSURUOKA Keiko was born in Nagano Prefecture and is currently studying at the Tokyo University of the Arts’ Graduate School of Film and New Media, Department of Film Production and Directing Course. The Town of Whales is her first feature film. 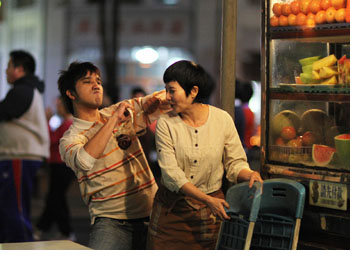 ◇ TOGETHER
Director HSU Chao-Jen
Taiwan | 2012 | 114min | D-Cinema | Color
World Premiere
Teenaged Xiao Yang is a simple boy, deeply caring about those around him. He loves his family and friends unconditionally, but aside from Xiao Ma, he is invisible to most. One rainy night, he realizes nothing will change and starts looking for another life for himself.
Director HSU Chao-Jen
Since 1989, HSU has built up his career in film and television as a grip technician, assistant producer and assistant director. In 2000, he started to make and write films. The films that he has worked on have been invited to many different film festivals and captured numerous awards.
His first feature film for television, In the Air (2003), was awarded Best Direction for a TV Movie at the Taiwan's Golden Bell Awards. Since then, he has made a number of great TV series and been nominated at the Golden Bell Awards several times. Together is his first feature film. 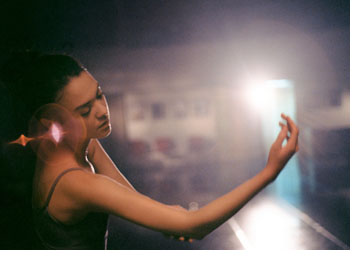 ◇ TOUCH OF THE LIGHT
Director CHANG Jung-chi
Taiwan | 2012 | 110min | D-Cinema | Color
International Premiere
Born blind, piano player Yuhsiang has a fine sense of touch and a vivid imagination. Chieh dreams of being a dancer, but is intimidated by what she considers reality. However, she later becomes inspired by the fearless Yuhsiang in a chance meeting that brightens both their futures.
Director CHANG Jung-chi
Born in Taipei in 1980, CHANG Jung-Chi received a master’s degree from the Graduate School of Applied Media Arts at the National Taiwan University of Arts. In 2006, Chang co-directed My Football Summer.
The film won Best Documentary at the Golden Horse Awards and was invited to numerous international film festivals including BIFF. His graduation film, The End of the Tunnel, won Best Short Film at the Taipei Film Festival. Touch of the Light is his first feature film.

◇ YOUR TIME IS UP
Director KIM Seung-hyun
South Korea | 2012 | 85min | D-Cinema | Color
World Premiere
A bold, brotherly drama about a tragic life lesson learned only after trivial frustrations and conflicts lead to an untimely death. Also a story about the living avenging the dead, Your Time Is Up is ultimately a tale of personal salvation.

Director KIM Seung-hyun
Since 1993, as a film student at the Seoul Art College Film School, KIM has made several short films. In 2007, he graduated from the Korea Academy of Film Arts. His film Blood Simple (2007) won the KT&G SangSang Madang-Jury Special Award at the Jeonju International Film Festival. Your Time Is Up is his graduation film from the Korea Academy of Film Arts Intensive Program and also his debut feature.
Any copying, republication or redistribution of KOFIC's content is prohibited without prior consent of KOFIC.
Related People Related Films