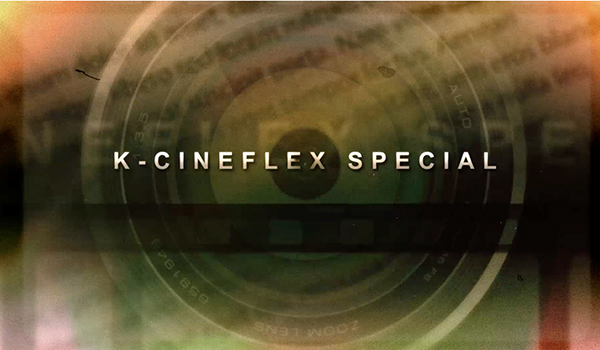 The Korean Film Council (KOFIC; Chairperson KIM Young-jin) produced a special documentary program in collaboration with Arirang TV to commemorate the 1st anniversary of the Academy Award wins of PARASITE. This program, which was conceived as a follow-up to the K-Cineflex special program that aired in December of last year, is subtitled "Secrets of Korean Film Evolution" and aims to answer the question of how the Korean film industry got to where it is today.
This documentary series consists of three episodes of 30 minutes. Pre-production started in December 2020 and post-production was completed recently, on January 29. It was written and directed by KIM Dae-hyun, who created the Seoul International Independent Film Festival and is currently in charge of the Korean Independent Film Library. He shared directing duties with LEE Sang-min, who was already in charge of the first episodes of K-Cineflex, and also co-writing the documentary was SEO Dong-seong, who notably penned Father And Son: The Story of Mencius (2004) and Sex Is Zero 2 (2007).
The first part, titled “Short Films”, will look back to the 1990s and retraces the origins of the Korean film renaissance by looking at where it all started, when many directors such as BONG Joon-ho, JANG Joon-hwan, HUR Jin-ho, JUNG Ji-woo, YIM Soon-rye, PARK Ki-hyung, and KWAK Kyung-taek emerged as the authors of remarkable short films. Part 2 will focus on the context that brought about the first Korean blockbusters. Following KANG Je-kyu’s Swiri, which is widely regarded as the first Korean blockbuster, the market share for domestic films soared and has remained over 40% ever since, with the film industry being re-evaluated as a highly profitable industry. It was around that time that talented people flocked in, and the Korean film industry as a whole saw dramatic growth. In Part 2, the show looks more closely at the period when Korean cinema became a systematized industry.
Part 3 deals with the development of technologies within the industry. Technologies developed at a rapid pace in all areas of filmmaking, including cinematography, lighting, production design, computer graphics, makeup, special makeup, martial arts, and color correction, as well as directing and screenwriting. Part 3, titled “Digital Technology,” will explain in detail the origins of the driving force of Korean cinema, which has grown in just 20 years into a cultural powerhouse that is drawing the attention of the whole world.
The three-part documentary will be broadcast on Arirang TV starting with the first part airing from February 10 to 12, the second part from February 17 to 19, and the third part from February 24 to 26. This program, which is offered with English subtitles as is par for the course on Arirang TV, should satisfy the thirst of Korean film fans the world over.
The airing times of each part are as follows:
Part 1
- February 10, 0am, 4.30am, 11.30am (GMT)
- February 11, 2am, 5.30am (GMT)
- February 12, 1pm, 9pm (GMT)
Part 2
- February 17, 0am, 4.30am, 11.30am (GMT)
- February 18, 2am, 5.30am (GMT)
- February 19, 1pm, 9pm (GMT)
Part 3
- February 24, 0am, 4.30am, 11.30am (GMT)
- February 25, 2am, 5.30am (GMT)
- February 26, 1pm, 9pm (GMT)
Any copying, republication or redistribution of KOFIC's content is prohibited without prior consent of KOFIC.
Related People Related Films