Sep 25, 2017
Watch Some of Korea’s Latest and Most Intense Documentaries at Home! 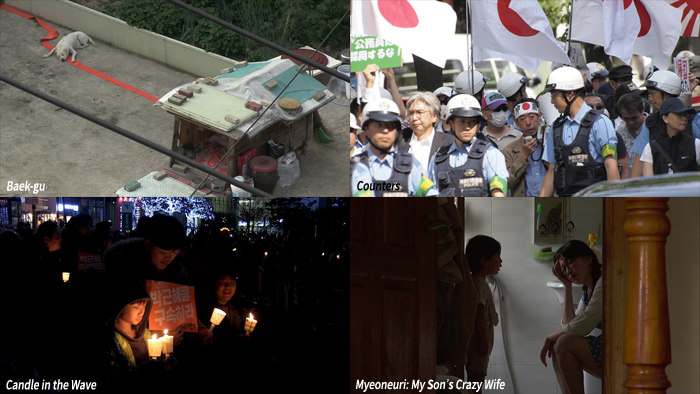 The DMZ International Documentary Film Festival (DMZ Docs), now running in its 9th year, examines the confrontations and conflicts of war through the festival’s themes of peace, communication and life. Under the slogan ‘Documentary Into The People’, DMZ Docs kicked off this year’s festival on September 21st and is screening 114 documentary films from 42 countries. Launched to reflect the division and separation of North and South Korea, the festival’s DMZ Vision section has steadily grown in interest among global filmmakers. This year’s festival also features many works and forums about the “candlelight plaza” political protests which shook Korean society last winter.
Like it has for other major Korean film festivals, KoBiz will offer an online screening option for this year’s DMZ Docs. The “DMZ Docs X KoBiz Online Screening” service will provide the latest domestic documentary films from the festival’s various sections including the International Competition, Korean Competition, Korean Docs Showcase and Special Focus. International Competition selection Counters by E Il-ha portrays a Yakuza member that fights against racism and hate speech in Japan. From the Korean Competition section, Forgetting and Remembering 2: Reflection is about the efforts and struggles to salvage the sunken Sewol ferry after the April 16 disaster that took place in 2014. The ‘Special Focus: Sing, My Square’ section will show two films about the candlelight rallies that took place in Gwanghwamun Plaza last winter: Candle in the Wave and All Day Candles. The Korean Docs Showcase features social documentaries that focus on everyday life and this year includes SUN Ho-bin’s Myeoneuri: My Son’s Crazy Wife which is about conflicts between a mother-in-law and daughter-in-law and KIM Bo-ram’s Baek-gu about the interactions between a dog living in a vacant lot and villagers.
The 2017 DMZ Docs online screening service will be available on the KoBiz website (screening.koreanfilm.or.kr) beginning September 28th.
Any copying, republication or redistribution of KOFIC's content is prohibited without prior consent of KOFIC.
Related People Related Films Related Company