See the World through Women’s Eyes! 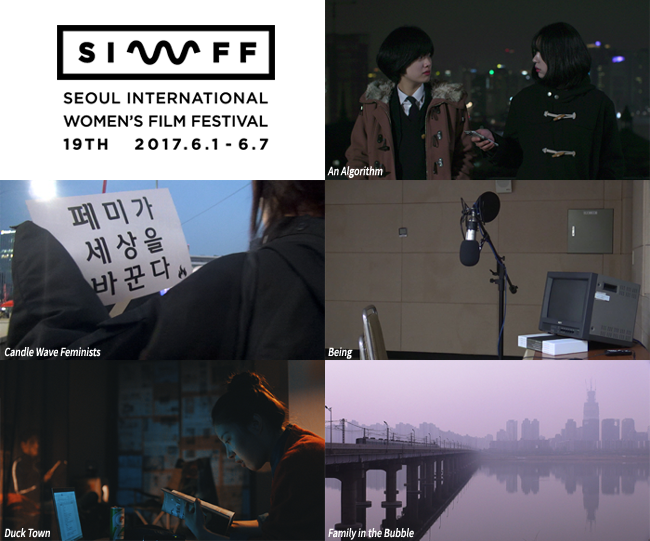 The 19th edition of the SEOUL International Women’s Film Festival (SIWFF) kicked off on June 1st under the catchphrase ‘See the World through Women’s Eyes!’. Held every year since 1997, and established to promote the development of the world’s women’s film industry, expand the international female cineaste network and to discover and fund international female filmmakers, SIWFF has cemented its reputation as one of the world’s best and biggest women’s film festivals.
The fourth SIWFF X KoBiz Online Screening will provide an opportunity to watch the festival’s Korean film line up online at any time, in any location. The KoBiz online festival screening service catalogue includes director MA Min-ji’s Family in the Bubble about a family going through the ups and downs due to the development boom, director KANGYU Ga-ram’s Candle Wave Feminists, a documentary about feminists in modern history of Korea, YOO Ji-young’s Duck Town which comically depicts the lives of young people in the background of the Suseong Resort in Deagu, MIN Mi-hong’s An Algorithm about high school girls preparing a play on a lesbian’s suicide attempt and PARK Si-woo’s Being about the courage and will of a sexual minority to be his true self.
The Festival Screening for SIWFF 2017 will be available on the KoBiz website (screening.koreanfilm.or.kr) for three months from June 12th this year.
Any copying, republication or redistribution of KOFIC's content is prohibited without prior consent of KOFIC.
Related People Related Films Related Company