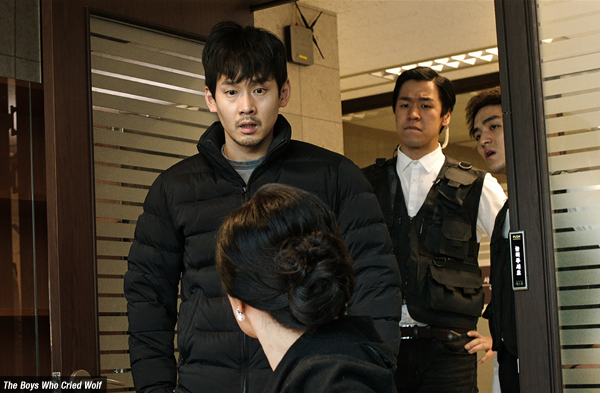 The Boys Who Cried Wolf, produced by Korean Academy of Film Arts (KAFA), was released on June 2nd. It is the feature film debut of KIM Jin-hwang, a KAFA graduate of the 8th edition of feature film directing program, and was warmly received at the Busan International Film Festival last year, already making great news even before release, receiving the Best Director prize awarded by the Directors Guild of Korea.

The Boys Who Cried Wolf is a thriller depicting how a former stage drama actor is involved in a murder case. Wan-ju is asked to be a fake witness of a murdered victim. Tempted by a huge sum of money, Wan-ju finally accepts the offer and makes a false report to the police. However, as the truth gradually unfolds, he now has to reverse his report.

The Boys Who Cried Wolf jumped to the 4th place in the diversity box office, in the first weekend of release. This film has been officially invited to the 15th edition of New York Asian Film Festival (June 22–July 9), and is to be screened as the North American premiere.

It has been 10 years since the KAFA feature film directing program was launched, and this program provides new blood to Korean cinema, producing 3-4 films annually. The list includes Socialphobia and Alice In Earnestland, both made in 2015, having earned trophies in various film festivals and shown great box office performance.