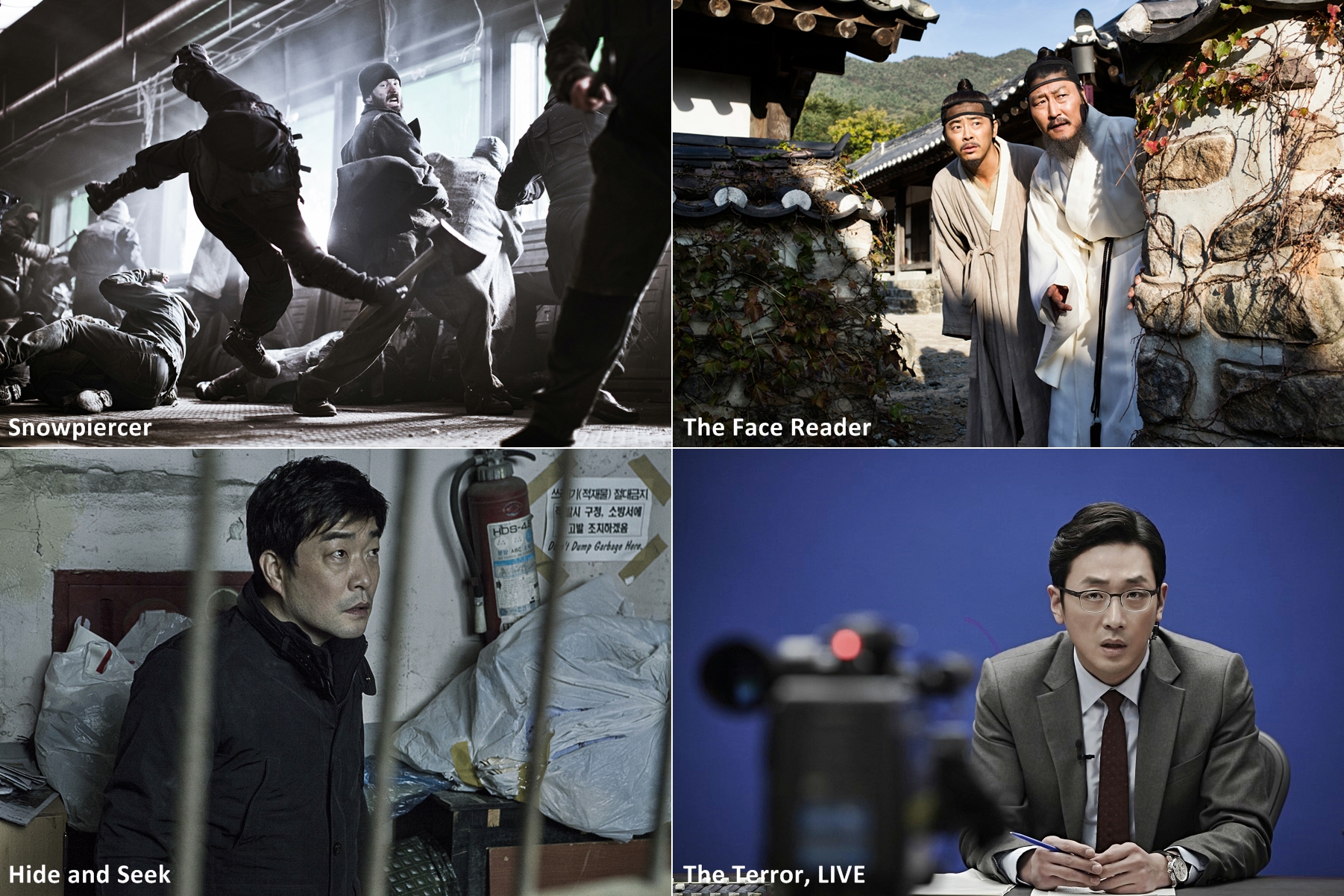 The total number of admissions in the 2013 Korean box office has reached 100 million. According to the Korean Film Council(KOFIC)’s Korean film industry October report announced on November 11th, the Korean box office hit 100 million in total admissions at a rate that is a month and a half earlier than last year when domestic box office admissions reached 100 million for the first time on November 20th. Such outcome can be attributed to the streak of box office successes succeeding the summer peak hits including The Terror, LIVE, Snowpiercer, Hide and Seek and The Flu with fall releases such as The Face Reader, Hope and Hwayi: A Monster Boy.
On the other hand, the overall box office numbers in October were underwhelming with 9.29 million for Korean films and 4.2 million for foreign films in admissions, a score that is each 3.5 million and 2.24 million less than the thanksgiving holiday-included month of September. This is also 1.8 million short of the October score of last year.
The general number of admissions may have dropped but Korean films have fared well. Among the top-grossing 5 films of October, except for Gravity ranking No. 3 with 1.98 million admissions, the remaining four are all Korean films, pushing Korean films’ market shares  to 60.5%. At No. 1 and No. 2 are LEE Joon-ik’s Hope (2.54million) and JANG Joon-hwan’s Hwayi: A Monster Boy (2.32million) with, Tough As Iron (1.20million) and Blood and Ties (1.03 million) right on their tail.
Any copying, republication or redistribution of KOFIC's content is prohibited without prior consent of KOFIC.
Related People Related Films