May 08, 2013
KOFIC Announces Results of Korean Film Industry in April 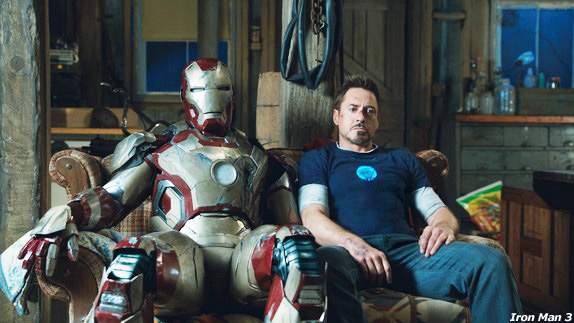 The prosperity of Korean films that lasted through the first quarter of 2013 appears to have gone down in April. According to the results of the Korean film industry of April 2013, announced by the Korean Film Council (KOFIC), the total viewers for the entire month were 11.24 million while spectators for Korean films came to 4.46 million, both of which have gone down by 2.04 million(15.4%) and 3.91(46.6%) respectively, compared with the previous month. The number of Korean films releases in the month was below 10 for the first time in 10 months. Korean film's market share advantage streak that had continued for eight 8 months since August of 2012, has stopped. The share of Korean films was only 39.8%.
Yet, by virtue of the good results in the 1st quarter, the cumulated total of audiences of Korean films during the four months is the greatest ever by collecting 42.95 million, which is greater than the same period of last year by 13.64 million(25.6%).
Audiences of both Korean films and imported films increased in the first quarter from last year, but for April only, audiences of Korean films (4.48 million) and foreign films(6.77 million) both went down by 580 thousand (11.5%) and 160 thousand (2.3%) compared with last year. However, considering that April is usually the low season for theaters, and comparing the data for the last three years(7.48 million in 2010, 7.52 million in 2011, 11.99 in 2012), the decrease is not so large.

The biggest hit in April was undoubtedly Iron Man 3. Since its release on April 25th, it has continued its position at the top by attracting 3.23 million viewers in just 6 days. This is the fastest record after Transformers 3. This can be analyzed to be because Robert Downey Jr. visited Korea, the film was released in Korea before North America, and no other notable films were playing against it.
Korean films released in April included Fists of Legend and Running Man, but they both failed to appeal to a wide range of viewers. Fists of Legend directed by KANG Woo-suk and starring HWANG Jung-min, YU Jun-sang and YOON Je-moon, ended up drawing 1.59 million viewers. RUNNING MAN, which created news by attracting investment from 20 Century Fox International Productions, competed with Oblivion only to have a dissatisfactory result by selling 1.39 million tickets.
Korean films took up 70% of the film market during the 1st quarter, but in April, the share was only 39.8% letting Hollywood blockbusters including Iron Man 3, Oblivion and G.I. Joe: Retaliation take most of the rest. On the other hand, the share of American films went up by 23.6% to reach 55.4%
Any copying, republication or redistribution of KOFIC's content is prohibited without prior consent of KOFIC.
Related People Related Films Related Company