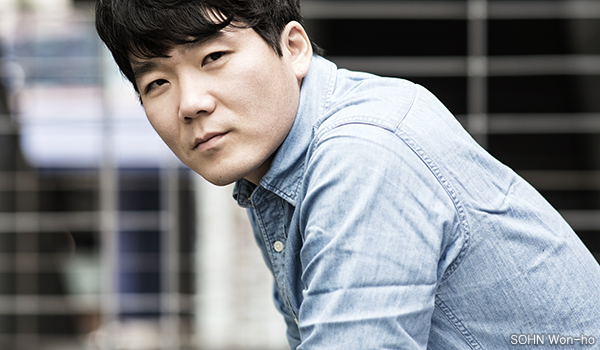 Film theaters are alive. One title managed to draw more than 1 million spectators to the cinemas that were afflicted by a severe slowdown in the aftermath of COVID-19, and the hero of the day is CHO Il-hyeong’s #ALIVE. As a matter of fact, this is the first movie to manage to pass the 1 million admissions mark in the Korean market after the national infectious disease alert was its highest level on February 23. The film #ALIVE portrays the struggle of young people as they try to survive amidst people infected by a mysterious disease. It may be set in the narrow and constrained spaces that are apartments, but all the characteristic realism and vivacity of disaster and zombies movies are present. Director of Photography SOHN Won-ho, who aspired for the film to live up to the genre as well as to capture on screen the character of the digital generation, looks back on the shooting. Since his first contribution to a feature film in the 2006 The Evil Twin, has been working across a large variety of genres, from romances such as Crazy Romance (2019) to thrillers such as Blind (2011) and Idol (2018).
How were the spatial characteristics of apartment units reflected in the film?
It’s a movie where all the action takes place inside apartments, in hallways and the central square of the apartment complex. Because there is barely any variation in locations, I figured that we should avoid repeating visual elements over and over again. Making full use of a variety of angles and shot sizes was also one of the effective ways to achieve this, but when mapping out the shooting in preproduction, we rather planned on focusing on the characters’ acting and emotions and faithfully following their movements within the filmic space and the expression of their emotions. In a confined space, the movements of the characters are limited and, similarly, the camera is bound to be extremely constrained in its positioning. We planned the cinematography so as to minimize as much as possible the presence of the camera, while providing the characters with a lot of freedom of movement, without obstruction.
What were the aspects during the filming of #ALIVE you considered the most important?
It was to emphasize as much as possible the sensation that there were changes in light, like with the different times of the day depicted according to the scenario, or the moment in the story when the electricity is cut off. Of course, it was also very important to keep the pictures very dark, within the limits of what wouldn’t stray too far from the conventions of the genre. I think lighting changes is one of the most important ways one can bring variety to a picture that runs the risk of being dull due to the repetition of the locations. So I tried to bring the variations in screen brightness and lighting color to a level where they would be relatively stronger and more impressive.
As time passes, the sense of isolation felt by the characters is mounting and forms an important emotional dimension. What were your different attempts to grasp the character’s emotions?
A continuous variation of light was specified in the scenario, and, basically, we reproduced these changes faithfully. Jun-woo’s place is constantly depicted with a stuffy feeling, in red hues, past the middle of the movie. On the other hand, the place of Yoo-bin, Jun-woo’s savior, is depicted with a breezy white light. 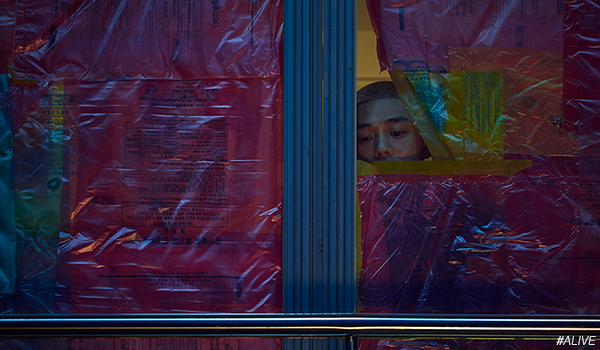 If there was a movie you used as a reference when designing the tone and manner of the movie, what would it be?
There was no specific reference. I occasionally studied the way mysterious creatures’ motions are portrayed in video game opening cinematics. As for the pursuit scene, I was inspired by the angles and camera movements used in various videos from content creators you can find on YouTube.
Many zombie titles have come out and have been widely embraced in the past few years, such as TRAIN TO BUSAN (2016) and the Netflix series Kingdom. I wonder if you had anything in mind to differentiate this film from other zombie stories.
It was a matter of how to seamlessly integrate the communion between the two main characters, whose only need is to survive, into the genre. In the case of the drama that starts to unfold half-way into the film, I tried to maintain a comparatively bright and clear tone. My hope was for the emotions of the two protagonists to be shown with a bright and hopeful tone as they identify each other, sympathize and reaffirm their will to live, rather than with a sense of darkness and heaviness, and I tried to maintain a bright high-key tone, which is a bit inconsistent with the genre.
In the case of the patient zero who appears in the opening of the movie, the moments when the screen trembles slightly in keeping with the joints snapping is impressive. Is there anything you paid attention to when shooting infected characters?
I was once again inspired by intro cutscenes in video games. The transformation of a person into a mysterious creature was realized through 3D animation and with the feeling you get when using some equipment like a body cam. Oddly enough, the shifting emotions of the character seemed to be well conveyed. Because the dimensions are very large in the case of a standard body cam and place great restrictions on the actor’s gestures and the speed of their movements, we retrofitted a small camera released by Black Magic into some kind of body cam and planed the shoot so that we could spin the camera around the character. The tiny movements or transformations of the character are accurately represented on screen due to this low-weight camera. Also, this made it possible to properly capture the changing rapidity of their movement, such as when one of them suddenly rush toward the protagonists. 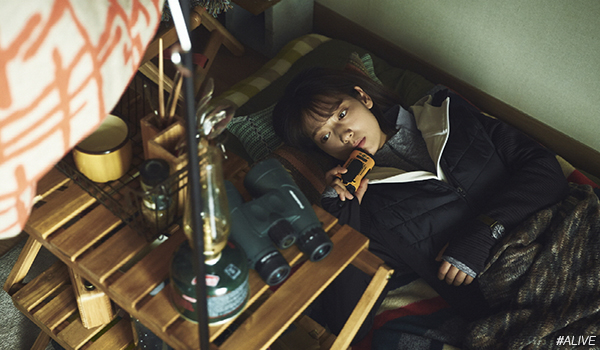 What led you to start working in cinematography?
After graduating from Dongguk University in Drama and Film, I worked for a year for a webzine called Film 2.0. At the time, I was personally managing and shooting the pictures and video media that movie articles required. After working for a year, I started studying again, this time at the Film School of the Korea National University of Arts, majoring in Film and Professional Photography. After working on a few short films projects in school, I started working in the camera department on the set for an independent film.
Is there a filmmaker or work that had a particular influence on you? I’d also like to hear your thoughts about your projects for the future.
I like most of the movies from Roger DEAKINS, a cinematographer who is appreciated by everyone, provided they film movies. I always think of him as a cinematographer who is always at the forefront when it comes to employing the latest equipment and technologies, but he has maintained his own style, his own tone and his own way of interpreting stories. Especially, I always admire his ability to use lights that are very bold and intense, yet still with a base in realism. In my filmography, it seems like there are only a few works that experimented with such things, but on the other hand the way I prefer to work is to try to find new inspiration under the pragmatic production conditions and those specific to the scenario of each project, through organic feedbacks from the directors, lighting directors, art directors, and key grips. I always think that the right answer is in the expression of the story and the characters, so I try to be open to all the methods I could use in cinematography and give it a lot of thoughts.
Any copying, republication or redistribution of KOFIC's content is prohibited without prior consent of KOFIC.
Related People Related Films Related News