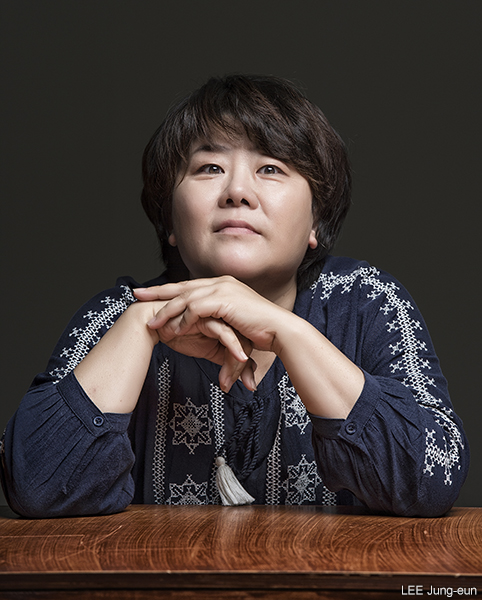 * This article contains spoilers for the movie.
Moon-gwang, the housekeeper of the mansion in BONG Joon-ho’s PARASITE, is a character who carries a critical secret that radically changes the flow of the story. If you happen to be somewhat familiar with the face of this secretive character, it is the sure sign that you must have been watching a lot of Korean TV series for quite some time. LEE Jung-eun is an actress who regularly demonstrated a strong presence recently in Korean films and series big and small. She played the warm nanny Haman-daek in Mister Sunshine, a drama from screenwriter KIM Eun-sook that was broadcast last year, and this year she and Mother (2009) lead actress KIM Hye-ja moved the audiences to tears in Dazzling. Her recent work, however, is even more interesting, as she took on the title of a real scene stealer with her portrayal of the “Breakwater Lady” who extorts money from outsiders in Another Child, actor KIM Yun-seok’s directing debut. The actress, whose appearance in PARASITE was in itself a spoiler until right before the release of the film, is now growing into an actress who brings us the pleasure of discovery.
You have quite a deep connection with BONG Joon-ho. You lent your voice to Okja (2017) in the film of the same title and you appeared in Mother (2009). I heard that for PARASITE, the director already had you in mind for the role of Moon-gwang when he was writing the script.
I remember that it was during a preview screening of Okja (2017) that I was first offered the role. Upon hearing that it would be nice if I could free up my schedule next year, I realized he had a movie in mind. However, I forgot about it as I was preparing for Mister Sunshine, and one day, he sent me a few pages of the storyboard. It was the scene where Moon-gwang is climbing on the wall to open the door of the ceiling. I remember saying, “that’s going to be an interesting and strange film”.
What did you think when you read the script?
At first I asked to myself, “Do I die that fast?” (laughs). But the more I read, the more it appealed to me and stuck in my mind, not unlike the ornamental stone (a stone that looks like a natural scenery) that appears in the film. For some reason I had the feeling this would make for a good movie. There were not so many films recently that deal with the issues between the rich and the poor in Korean society, right? This movie shows the struggle of the needy to contest a certain position, and I agree with BONG wanting for neither side to appear more wicked or bad than the other. For instance, I like that the character of Ki-taek was developed as someone who sticks to his intention of taking care of Moon-gwang’s natural burial (a type of Korean burial whereby the ashes are buried under a tree). That kind of details stood out in various parts. And it occurred to me that I would have to work hard and not get fired. (laughs) 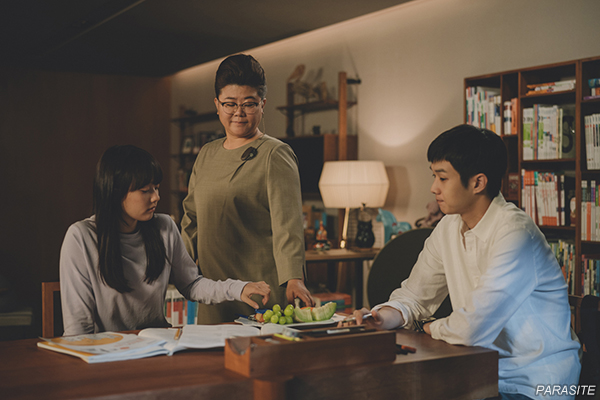 Moon-gwang is a character who flips the genre of the movie on her own terms. In particular, when she starts appearing again in the rain, your performance dominates the screen and the narrative flow.
I heard that when Heath LEDGER played the Joker, he had that habit of regularly licking his lips because of his makeup, which ultimately made for a unique take on the Joker. The scene in which I reappear in the rain is just the same. In the script, it was written that “Moon-gwang drops by, drunk and with wounds on her face”. As it was pouring on the set, I remember that the water was rolling down my glasses so I couldn’t open my eyes, and my lips were turning up all the time. And in the meantime, BONG was asking me to act “with kindness and the utmost politeness”. Later on, I saw the footage and this mix gave me an extremely weird feeling. As there is no way to know Moon-gwang’s true intentions, her attitude generates a scary atmosphere. And it is not just in that scene, Moon-gwang always has this mysterious image. The moment where she climbs the wall to open the door of the ceiling is the same. I asked some action actors, and they told me this is not an easy pose to accomplish for a female body type. That kind of strange images seems to have always been what BONG had in mind.
The scene where Moon-gwang impersonates a North Korean newscaster is also impressive. You had already displayed exceptional performances in dialects before, notably in MAL·MO·E: The Secret Mission and A Taxi Driver (2017).
Someone told me that it sounds like a dialect even when I speak in Seoul accent. (laughs) I fundamentally have a lot of interest for languages. Besides, as I habitually play supporting roles, I often end up doing performances relying on the voice and the accents to create characters that have personality. I’m from Seoul, so it is very difficult for me to deliver dialogues in dialects. The scene in PARASITE where I impersonate a North Korean announcer is something that came from the idea, “What kind of games this couple would play in a bunker built to withstand an invasion of the North Korean army? Perhaps North Korean jokes?” I searched a lot of videos to use as reference for my acting, not only North Korean video material like clips of Korean Central Television’s presenter RI Chun-hee, but also excerpts of South Korean comedians faking North Korean presenters. Also, since this is a topic that can be sensitive, we filmed different versions of this scene. But after playing it, I felt all the sadness of such couple doing that kind of jokes. The scene triggered a burst of laughter during the screening at the Cannes Film Festival, but everything including this kind of reaction has probably been thoroughly thought out by BONG.
Would you like your collaboration with BONG Joon-ho to continue?
We have known each other since Mother (2009), so for almost ten years, but we have never met in private. (laughs) As an actor, I am grateful for the roles he gives me, yet I believe that one of the things that get in the way of a creator’s potential is fixed members. I would like him to be free to meet different kinds of actors. 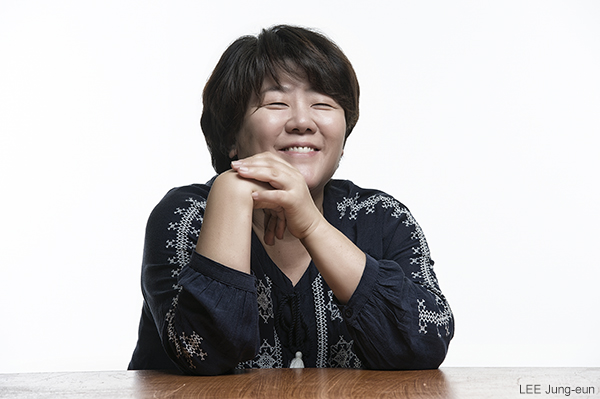 What kind of strengths do you think you have as an actor?
I don’t know if it’s because I majored in acting, but I am quick to understand how the character I’m given fits into the story. With movies, I consider what role my character must play in terms of structure when the audience has been immersed for an hour and a half. The point is that you could say I pay more attention to the comprehension of the overall story than to my part. Not being too passionate about my roles is, I think, my biggest strength.
What kind of roles would you like to try in the future? Do you have any desire for other strong characters following PARASITE?
I think actors depend in no small measures on the visual directors achieve. We may say in the heat of the moment that it is the actors who manage to create a certain emotion, but it is a totally different feeling according to the size of the screen. The image I have in this film is particularly strong, but I’m too cute a person to be playing powerful characters. Moreover, I would rather convey the image of familiarity. That’s why I think it is important to discuss it further. The kind of story it will tell and the kind of figure I will incarnate are what matters the most to me.
What are your goals as an actor?
I have recently filmed Yakiniku Dragon (2018) in Japan with KIM Sang-ho. Having experienced this, I thought about doing films and TV series in other languages. I felt a strange pleasure in experiencing an unfamiliar language and an unfamiliar environment. And so, the desire came to me to try to do more co-productions. Since I still have to work on Korean productions until next year, I think I may try to clear my schedule after that and study.
Any copying, republication or redistribution of KOFIC's content is prohibited without prior consent of KOFIC.
Related People Related Films Related News 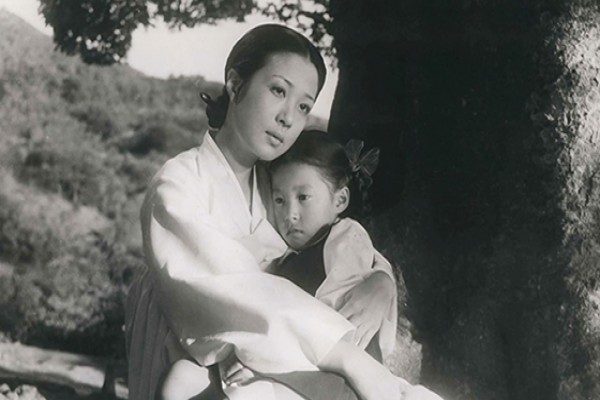 [In Focus] MOTHER AND A GUEST