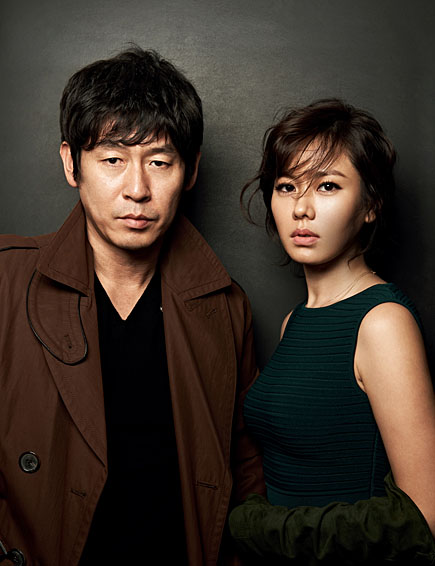 The Tower, a movie that contains Koreanized story telling combined with a Hollywood-like scale, is coming to theaters on Christmas Day. SOL Kyung-gu and SON Ye-jin who have struggled with fire talk to us about the movie. 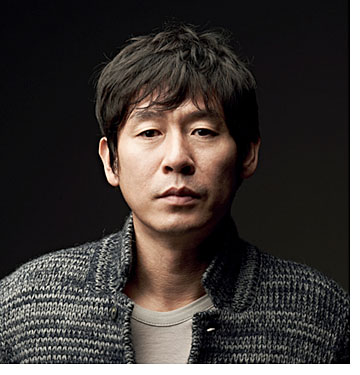 - The Tower is being compared with Haeundae. Especially because the main character from Haeundae is there.
I don’t like hearing that. There are a lot of people that think The Tower is directed by JK YOUN. Is it JK YOUN’s film because KIM In-kwon and I are in the movie? (laughs)
- What's your reason for starring in another disaster movie?
I didn’t film this movie because it was a disaster movie. I heard about The Tower from KIM Ji-hoon. He said when he shoots a film, he always thinks about how to make the actors funny. As soon as I heard that I told him to give me the script of The Tower. I do it when I feel both the movie and the people that make the film seem fun. There is no reason not to do a disaster movie either. I didn't think too much about it.
- Your fans have a certain expectation. To be honest, we miss movies like Peppermint Candy.
You want me to go back to the past? No way, I am too told. A second A Peppermint Candy? I hear that a lot these days. Maybe it's about time, if the fans want it.
- Foir one of your next films, you decided on Surveillance because JUNG Woo-sung was in it.
Yes, I said yes because JUNG Woo-sung was in it. I wanted to do somework with him and what matters is to be in a movie with people that you have fun with. And if the result is good, that's what matters. This kind of movie is also needed. and this kind of movie needs a reliabledirector. How many directors are there that can do a cinematic film and attract sponsors at the same time?
- Do you have any plans to do a film with LEE Chang-dong?
There has been a film that's been talked about since last year. Anything will be okay if it's with LEE Chang-dong. I decided to go back to the beginning of my career and do it right but the director wrapped up the production because he didn't like it. That's three in a row. and I was in all three. I was disappointed but can't wait forever.
- What's your plan for next year?
I want to film more movies and hope The Tower achieves a good result. I don’t have the urge to do many movies though. But my thought is that if there is a good film, actors should never stop acting. This needs to be done in order fo the industry to survive.

- You must have had a hard time realizing that you were acting because of all the computer graphics.
I saw how The Tower looked from the trailer. I had a hard time adjusting to the set but got used to it soon. You didn’t have to worry about the weather and it was a special experience. I have acted sick and dying but it was my first time acting with such despair in a life-threatening situation.
- This role is more like a supporting role. Why is this?
Not many different characters are seen in a disaster movie. They are all kind, charismatic, quiet and heartful, that's it, isn't it? (laughs) I didn't want to be in a blockbuster movie, I just wanted to be in a movie with the people I liked. And The Tower was that movie. In the past, I was very sensitive and mean. I was not used to expressing my true self. But now I’ve changed and can express what I really feel and people are surprised by this change. They say it's too dramatic. (laugh)
- At the end of last year, there was Spellbound and this year there is The Tower. You seem very consistent.
I am very greedy when it comes to films. They are all I have and looking back at my 20s, all I remember is working. in the last 12-13 years, I filmed 16 movies. There were times when I thought everything was meaningless, but the movies last forever and that comforts me. I should be doing some films that I can really recommend to others but I think I have not met 'the film' for myself.
- What about The Classic and A Moment to Remember?
Hahaha. It’s no fun if ‘the film’ for me already exists. Scenario, director, actor and the perfect character for me, I haven’t had a film that met all these condition yet. It should show the deep inner self of a person and people should sympathize with the character. I’ve done many good melodrama movies already so it’s kind of uncomfortable, but I do want to do another one these days, maybe I could show a different kind of melodrama.
photography by HAN Young-shin
Any copying, republication or redistribution of KOFIC's content is prohibited without prior consent of KOFIC.
Related People Related Films